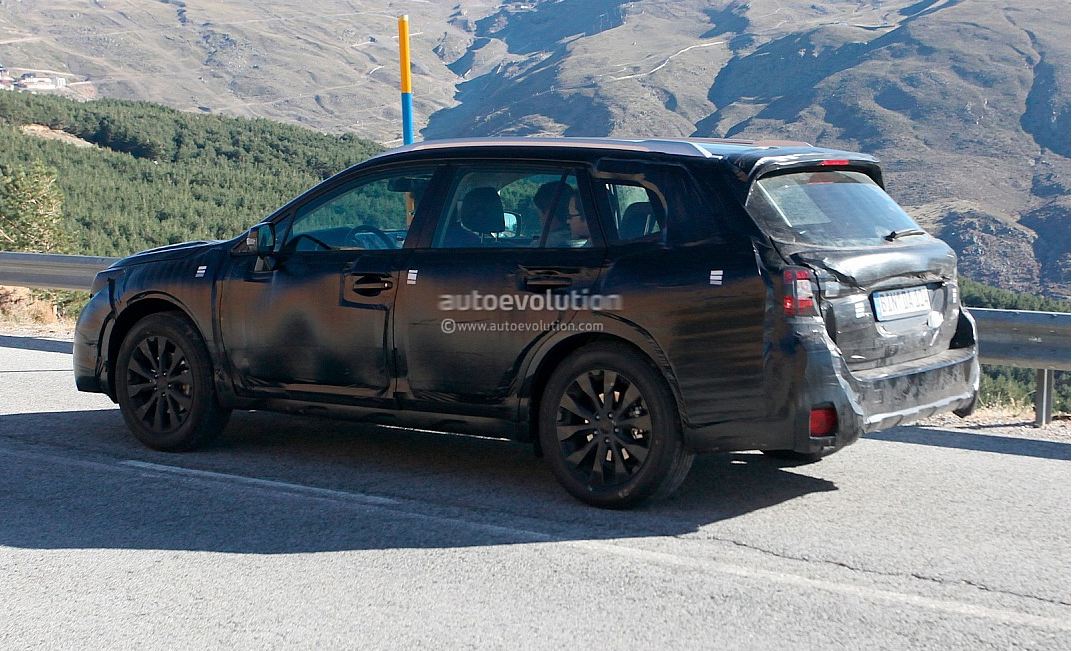 Subaru is currently testing the all-new Legacy, a model which will be available from 2015. The new model is rumored to get a series of styling influences from the WRX Concept while under the bonnet, a base 2.5-liter engine producing 173 horsepower will be offered.

It will be linked to a six-speed manual transmission or an optional CVT unit. More power is going to be offered by a 2.0-liter engine capable to produce 250 horsepower.

In terms of styling, the 2015 Subaru Legacy will get revised optical blocks, restyled bumpers, C-shaped taillights, a new front grille and a revised profile with a sloping roof.
<!–more–?

Entering the cabin, you should get better materials, new trim, revised dashboard and steering wheel. The Japanese folks at Subaru might introduce a hybrid version of the Legacy at a later date.

The new Subaru Legacy will be introduced as a 2015MY somewhere later next year.