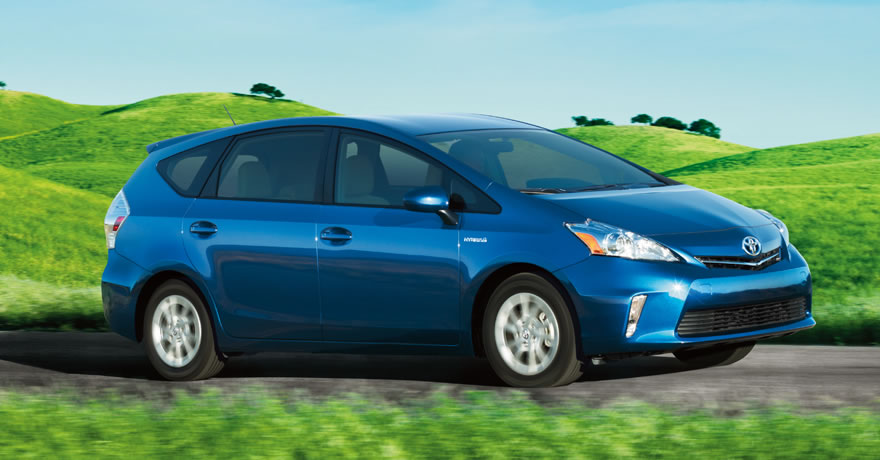 As the hybrid and extended range EV competition gears up, Toyota, a leader of this segment for years has upped its game.

Taking their successful hybrid synergy drive, the Japanese company have expanded the Toyota Prius lineup to include the C and the V model.

The Toyota Prius C is a bit sportier and feature a hatch design whereas the V is the one that dials up the practicality.

Apart from having more space and being more versatile, there’s another crucial thing about the Toyota Prius V, it went on sale in time to catch the last 10 weeks of 2011. A very short period by most accounts but that didn’t change facts.

You see, in the short time the Prius V was on sale, Toyota shifted 8.399 units whereas the Volt only managed 7.997 sales overall.

Comparing these figures would be to say that the Toyota Prius V hybrid is much better than the Volt but really, it’s not a fair thing. The two cars aren’t really being cross-shopped by anybody.

They represent different technologies and are both really little more than a crossing solution between internal combustion and electrically powered cars.

Even so, the Toyota Prius V is clearly off to a great start in sales and will solidify the brand’s position among the fuel saving smug mobile market.