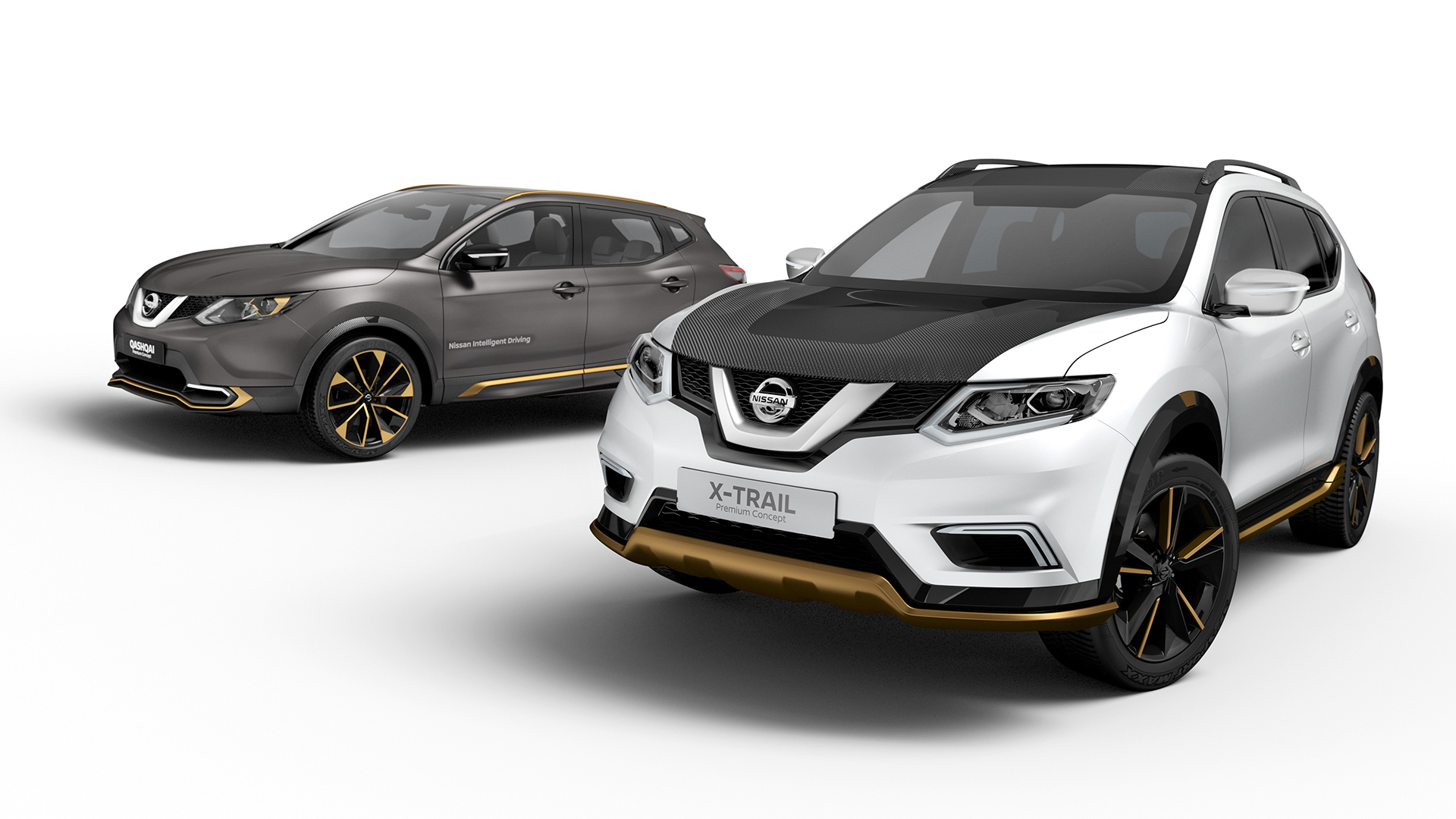 For now, they are only studies. And yes, they’ll be shown at Geneva. They are meant to celebrate the increasing sales of Nissan’s crossover range.

Their names are Qashqai Premium Concept and X-Trail Premium Concept, and they follow the same philosophy: their themes, materials and colors are the same. That mean they’re a couple, though they were created by two different Design Centres: the small one is the work of the Europe’s division, in London, while its bigger brother had been produced at the Global Design Centre, in Japan.

They play a very important role in Europe, since the crossovers occupy the majority of Nissan sales over the old continent. Practically, they draw the direction to a potential premium line of crossovers. The X-Trail wants to be the “Premium Adventurist” ready to attack the Pyrenees or the Alps, while the Qashqai aims to transport in style its passengers in a cultural weekend in Rome, Paris or Geneva, therefore being called “Premium Urbanite”.

The common feature of both cars is the color-scheme, combining black and white and completed by golden copper fine elements. Onboard, the Qashqai is garnished with white, soft Nappa, with black leather accents. The color combination adds golden carbon fibre to the black satin chrome and liquid gloss black of the gear shifter and the steering wheel. Inside the X-Trail, the black and tan leather creates an exclusive atmosphere, while the black carbon fibre and the black chrome on the dashboard and the door trim gives a premium sports appeal.