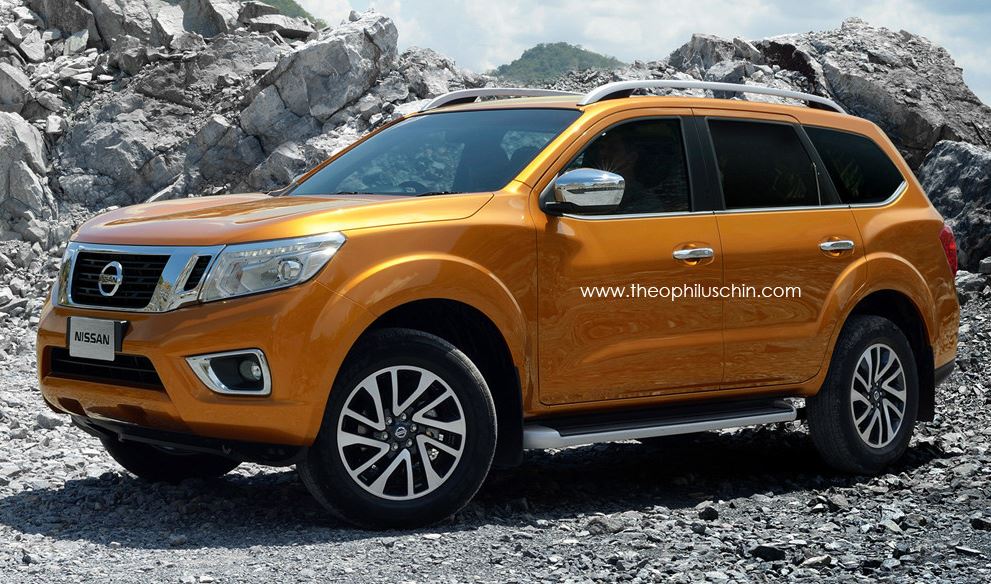 The Nissan Navara SUV has just been launched online through some renderings, giving us a closer look on how a future SUV model might look like.

The renderings with the Nissan Navara SUV launched on the web were created by the already famous designer Theophilus Chin, that has managed to “create a virtual version of the model”.

As you can see in the two renderings, the future Nissan Navara SUV doesn’t bear the marks of the Pathfinder, as the Pathfinder itself is based on the Navara model, but the upcoming of an SUV is less likely to happen.

To be a reminder, the 2015 Nissan Navara was publicly launched at the beginning of last month, the model tweaking a higher ground clearance, a larger loading area and a lower roof.

The 2015 Nissan Navara model is coming in different body styles, like the king or the double cab versions, sporting two-whee or all-wheel driving system.

The 2015 Nissan Navara is also available in two colors, the Savannah Yellow and the Earth Bronze, while the engine lineup includes a 2.5-liter four-cylinder diesel, as well as a four-cylinder gasoline unit.