Official Images: This Is the New Looks of 2017 Mercedes-Benz E-Class Coupe 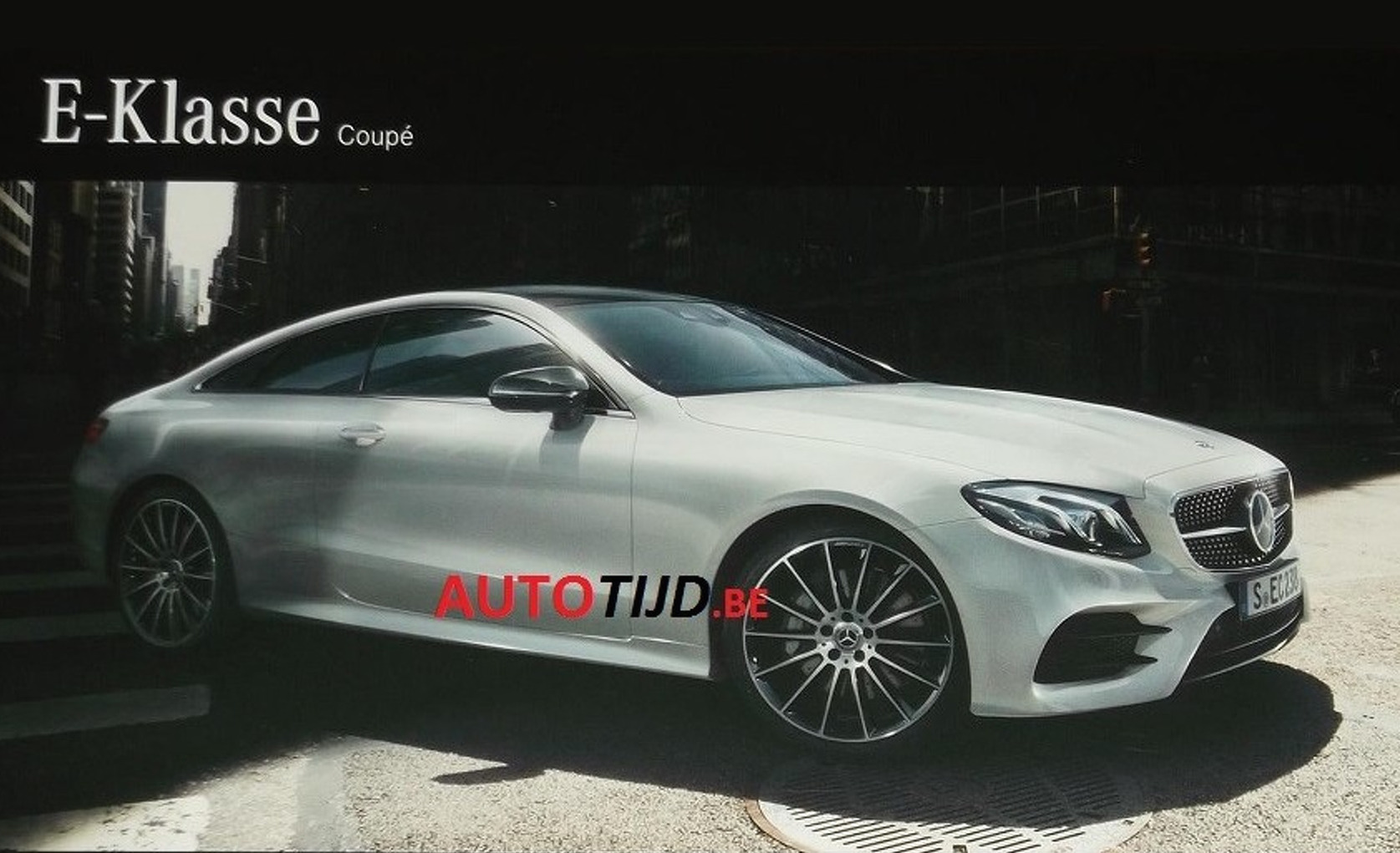 The luxury coupe segment is about to receive a new high-end member in the shape of the all-new 2017 Mercedes-Benz E-Class Coupe, recently popping-up on the internet in the first official images.

The images were released by Auto Tijd and are presuming taken from an official brochure which announces the arrival of the new C-Class Coupe somewhere next year.

The photos reveal the car`s exterior, with lots of influences from the C-Class Coupe or the E-Sedan, while the interior brings forward the high-end design and the latest gadgetries.

Other one-off features also refer to the wider grille, central bar with the massive Mercedes badge, or the diamond studs on the AMG`s grille. The rear end stands-out from the crowd with a swept tail, bolstered wheel arches, or elongated taillights resembling those from the S-Class Coupe.

However, the all-new 2017 Mercedes-Benz E-Class Coupe comes with its own features that separates it from the rest of the models, like custom-built rear side window layout with openable section and small corner piece, all providing the model with an exquisite feel.

In the engine department, the new E-Class Coupe is likely to adopt a wide range of petrol burners and diesels with turbo configuration, including a 3.0-liter twin-turbo V6 in the E 400, developing 245 kW, while a top of the line six-cylinder M256 inline with 300 kW will also be introduced on the AMG E50 later on. The model will be officially unveiled in a couple of days at a private event.