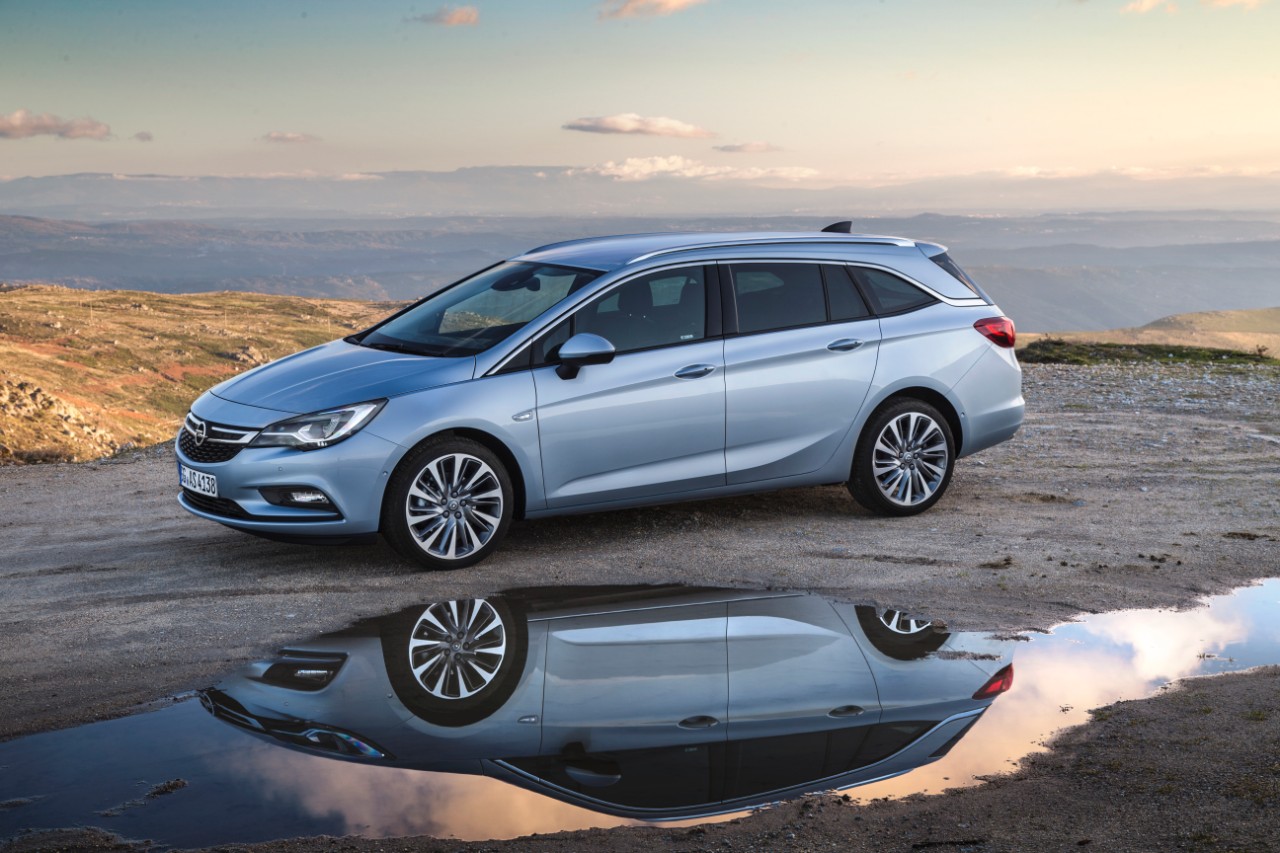 Opel adds a new body version to the Astra family: the Sports Tourer. It has some interesting features, meant to help it face the best rivals, the Ford Focus and the Vw Golf.

The Sports Tourer’s sales will start this spring, but Opel already received a large number of orders in advance. Since their first C-segment estate had been launched back in 1963, 5.4 million units have been sold until this 10th generation. The oncoming model has been refined in all the aspects, weighing 190 kg less than the one it replaces. This adds extra sportiness while lowering the fuel consumption and transforms it into an appropriate company car. All the body elements are now made of high or ultra-high strength steels and the axles have been redesigned, therefore the car weighs only 1.188 kg!

Though the exterior dimensions remained similar to the outgoing version’s, the cabin is roomier: 26 mm have been added to the driver’s headroom while the passengers in the rear enjoy 28 mm additional legroom. The luggage compartment has been increased by 80 liters, totaling 1.630 liters. Speaking of luggage, the tailgate can be opened and closed without touching it, thanks to the “Keyless Open” system. A simple kicking motion under the bumper will open or close the tailgate.

The exclusively-turbo engines develop between 95 hp and 200 hp, averaging 3.4–6.2 l/100 km (89-142 g/km CO2). The new 1.6 BiTurbo CDTI engine produces 160hp and 350 Nm from 1.500 rpm. It averages 4.1 l/100 km (in Start-Stop, low resistance tires configuration), while accelerating from 80-120 km/h in 8.1 seconds. It joins the 1.6 diesel engines family, including the 95, 110 and 136 variants. The gasoline engines range is dominated by the 1.6 Turbo, 200 hp and 300 Nm of torque beast. Though it displays a fuel consumption of only 6.0 l/100 km, there are available two smaller engines offering a better fuel economy: the 1.4 liter turbo and the even more impressive aluminum-made 1.0 ECOTEC Direct Injection Turbo. The technologies included in the new Sports Tourer are the same as in the other Astra version: from the IntelliLux LED matrix light, which continuously deactivates and reactivates individual LED modules for best visibility, to the complete connectivity solutions, there is nothing missing from the menu.