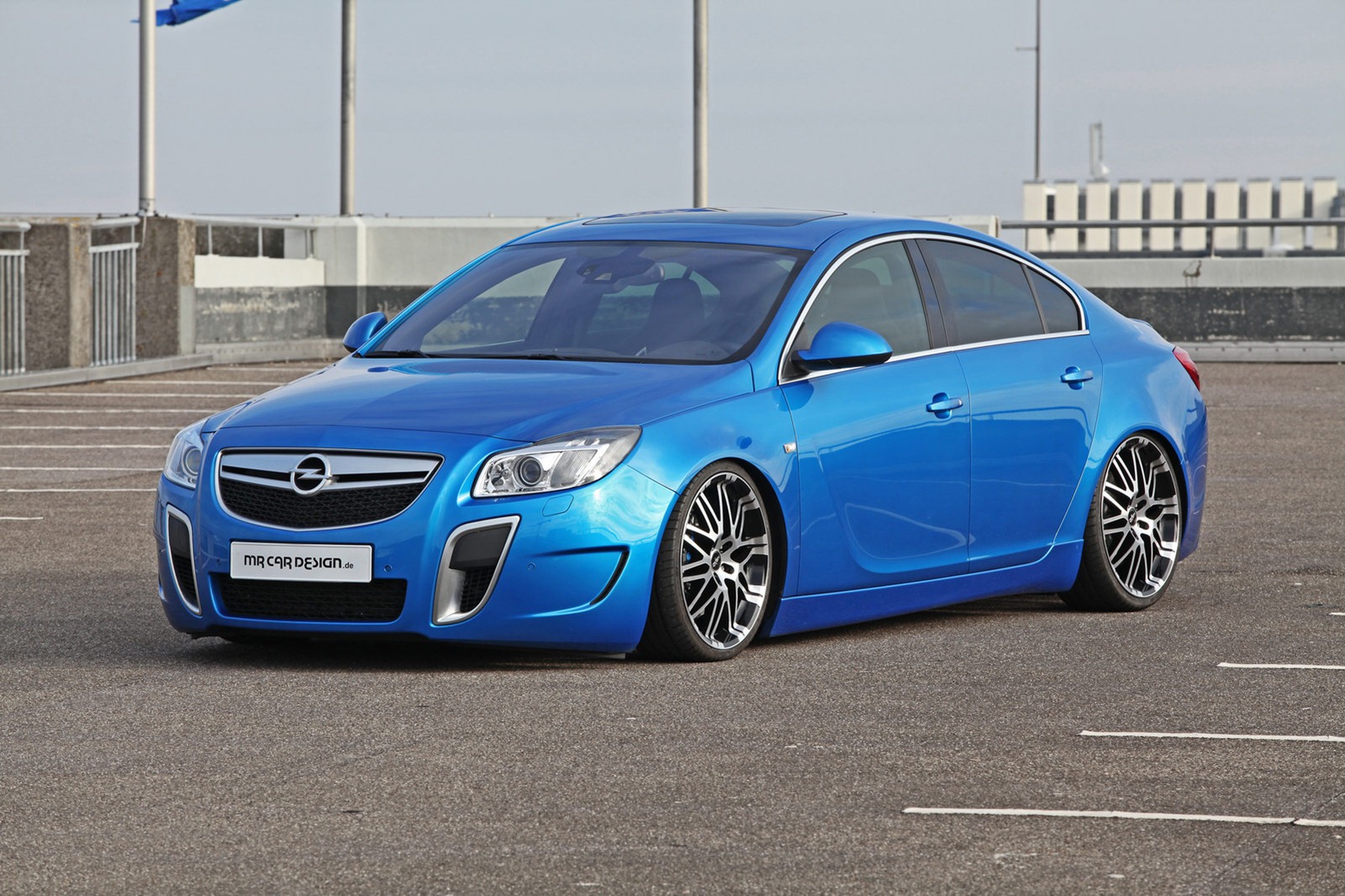 A lot of people started partying when the Opel Insignia OPC replaced the long running Vectra OPC in the German company’s lineup.

After plenty of bashing from Top Gear’s Jeremy Clarkson and association with nothing other than being a fleet car, Opel produced a very competitive car.

At the heart of its success was the well done and restrained design features. MR Car Design now took on the ambitious project of improving it.

I’d like to point out that the “improving it” phrase is used here with a gross overstatement and shouldn’t really be appreciated unless you wear baggy trousers.

MR Car Design haven’t messed about with changing the body or most of the looks. They’ve decided instead to fit some 20 inch alloy wheels and for a full effect from them, to mess with the suspension.

The standard setup was replaced by a G-Ride system from Reil Performance which is height adjustable. We trust that buyers will prefer to keep it in the displayed “slammed” position for maximum stance.

Not my thing and I really don’t appreciate the new look the Opel Insignia OPC is getting. It simply feels cheap now.

I do appreciate the sort of mods the German tuner installed under the bonnet. The standard 2.8 liter twin-turbo V6 receives new filters, a sports exhaust and a remapped ECU.

These bump the figures from 325 horsepower and 295 lb-ft of torque to 375 horses and 365 lb-ft of twist. 50 horses and 60 torques isn’t something that easily comes out of such a limited number of mods.

I would probably talk to them for the power kit but as for the rest, I’ll look elsewhere, if I ever decide to do any mods at all that is.