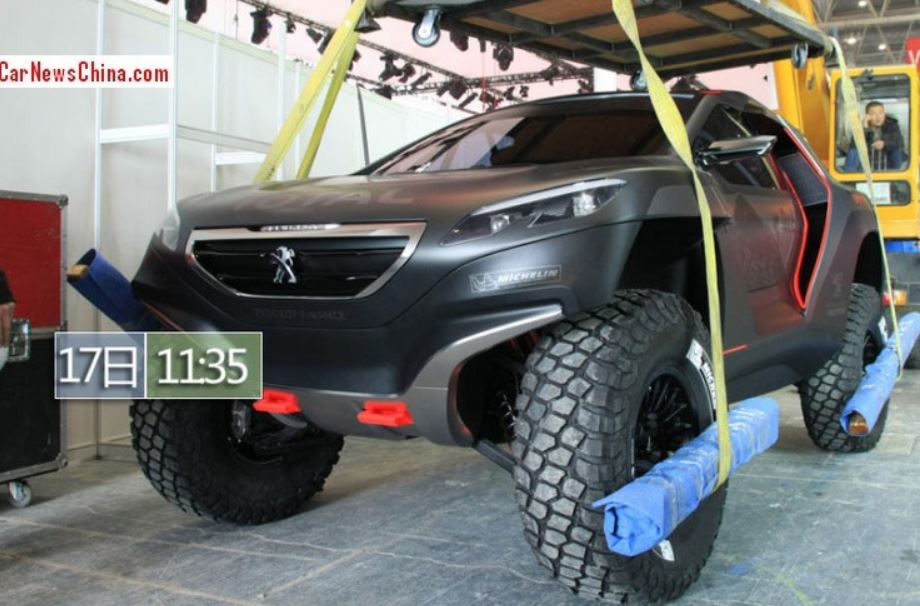 With the arriving of the 2014 Beijing Motor Show this weekend, the Peugeot French manufacturer is already preparing its 2008 DKR model, which has been spotted at the exhibition hall of the Beijing Show.

The Peugeot 2008 DKR is again in the photographers` attention, while the car is preparing to enter its manufacturer`s stands at the 2014 Beijing Motor Show.

The Peugeot wants to publicly display the model by launching a promoting campaign, before the vehicle entering the Dakar Rally next year, after a 25 year break.

The photos reveal a totally changed Peugeot 2008 DKR, with the vehicle receiving some shortenings at the front overhang, allowing it to have a “higher approach angle.”

Other changes include the huge Michelin off-road tires, which are now 37-inch, along with a huge rear wing and other tweaks that makes the 2008 DKR resembling a real monster fighter.

For the moment, the details are rather limited, but we should definitely get more news about the Peugeot 2008 DKR when it will finally hit the 2014 Beijing Motor Show on April 20.