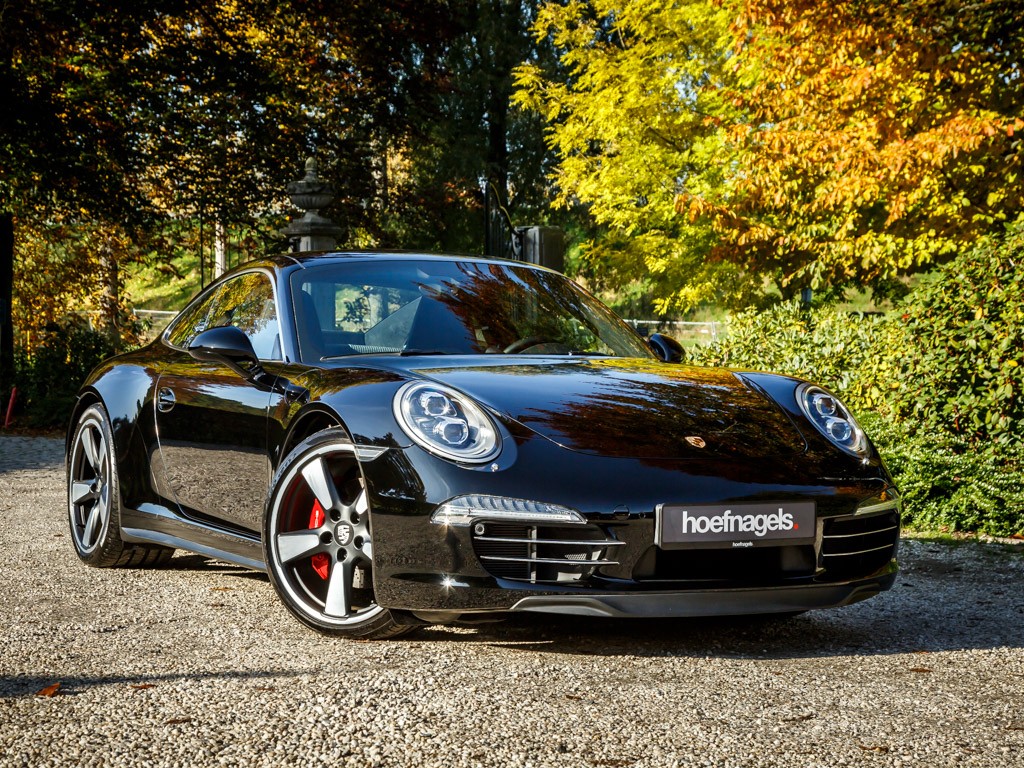 The Porsche 911 in all its forms has been one of the most iconic models from the German based carmaker, dominating the racing segment for more than 30 years. We have seen in it its full glory, starting with the 1970s and continuing its journey until 2013, when it reached 50 years of evolution.

To mark its 50th springs, the carmaker launched a special and limited edition back in 2013, called the Porsceh 911 50th Anniversary, with one of the 1,963 units ever built to be now available for sale at Hoefnagels dealer.

The 2013 Porsche 911 50th Anniversary is the guerdon of the carmaker`s efforts of putting together the best pieces to create the perfect sports car. It is that Porsche model that recreates traditional with modern art. And the body styling elements perfectly highlights that matter.

All you have to do is just take a look at the car`s design lines and you will have an instant flash on the car`s entire history: just admire the Fuchs alloy-wheels, green labeling on the instruments with the white pointer needles and silver caps, modern fabric pattern highlighting the “Pepita” tartan design on the center section of the sports leather seats, along with the 911 50 badges all around the body.

This Porsche 911 50th Anniversary #44 is also standing out from the crowd with the black lacquer and black leather / fabric combination Pepita, adding the Burmester audio system or the glass sliding-tilting, all complemented by the 911 Powerkit and the Sport Chrono package, PASM (Porsche Active Suspension Management), and the sport exhaust system.