Porsche 911 GT3 RS Model Might Be Heading to Geneva 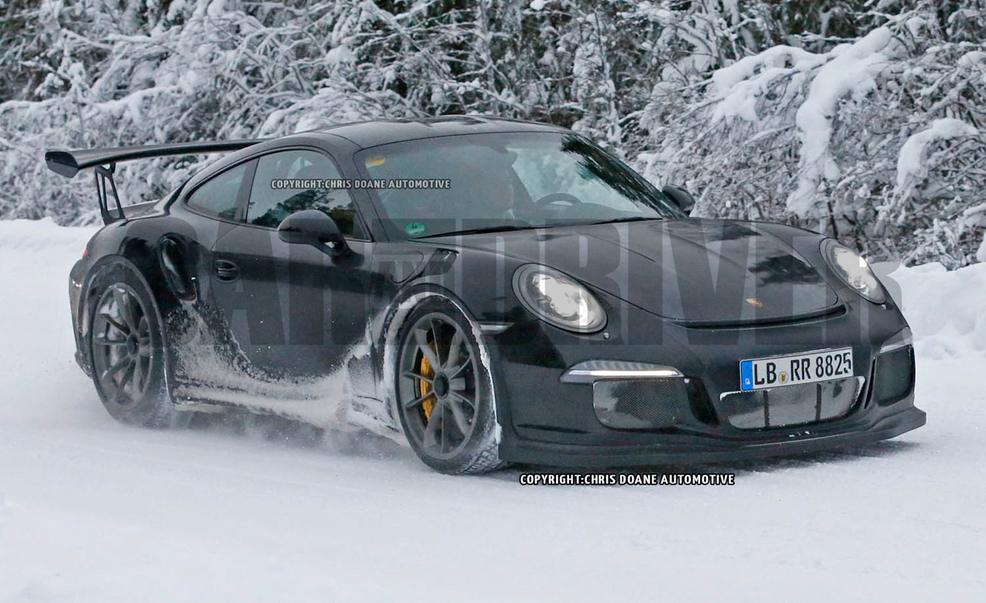 Porsche is presuming planning to introduce a brand new Porsche, in the shape of the 911 GT3 RS, and head it to the 2015 Geneva Motor Show, where every carmaker is about to launch its models. The model is also reported to be launched as a 2016 model, after being caught on shots by spy photographers.

More than that, what used to be just some rumors, the carmaker has also confirmed the upcoming of the Porsche 911 GT3 RS, which will share some features with the already launched Cayman GT4.

In terms of visuals, the Porsche GTR3 RS will sport a more aerodynamic body styling, as the model will now weight less and will come with increase performance. But for now, the detailing is rather scarce.

In an official report, representatives from Porsche have also declared that the new Porsche GTR3 RS would become an instant success, as it would set “new standards on the racetrack”, once it will be officially unveiled on March 3, at the Geneva`s Porsche press conference at the Palexpo Arena.

In terms of performance, the Porsche GTR3 RS is reported to come with an impressive power, in the shape of the new 4.0-liter naturally aspirated flat six-cylinder unit, which outputs 500 horsepower and 460 Nm of torque, while hooked to the 7-speed PDK transmission. More info on the new GTR3 RS`s performance will be revealed next week, in Geneva.