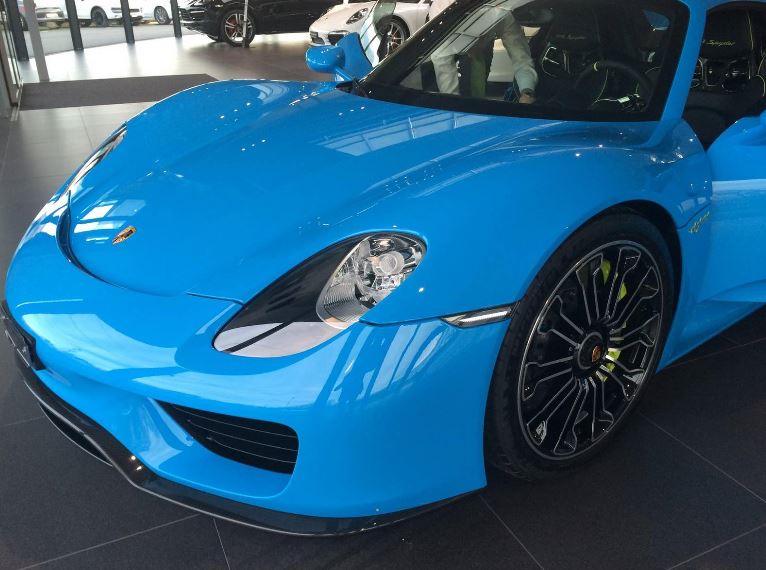 This is one of those moments when we should take a moment and think of how carmakers can customize their hot supercars, just for show, or just to lure a wealthy businessman to take them home. And this one-off Porsche 918 Spyder finished in the special Spyder Blue finish is now exception.

We are talking about this Porsche 918 Spyder Blue Rocket being spotted in Switzerland, sitting quietly in a showroom and waiting perhaps for its new owner.

The supercar is exquisite in terms of visuals, as it wears one of the most exotic paintjobs I have ever seen, complemented by the green brake calipers and other slight design lines.

The Porsche 918 Spyder is packing a huge 4.6-liter V8 unit under the hood, backed by two electric motors, making it the most powerful street legal version of the German carmaker.

The Porsche 918 Spyder was launched last year, at the 2013 Frankfurt Motor Show and competes against the Ferrari LaFerrari as well as the McLaren P1.