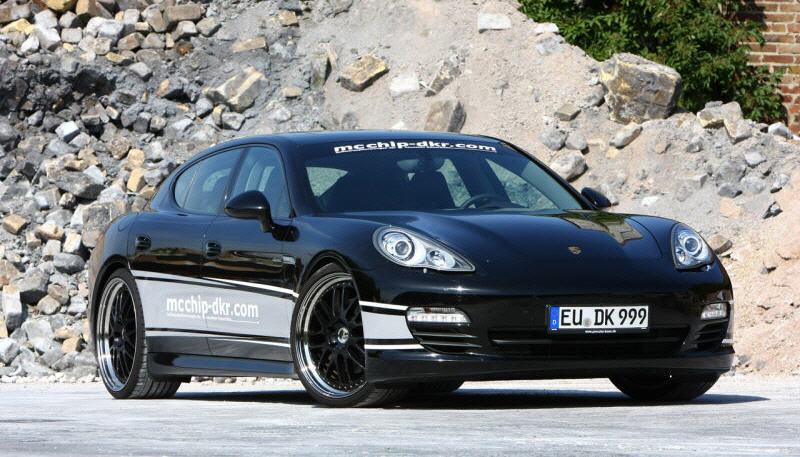 Porsche’s Panamera changed a lot of opinions about the sort of car the German automobile producer can turn out. The diesel engine in it did the same once again.

As if we didn’t get hurt enough in our old fashioned ideology, our enthusiast pretensions or anything of the old age feeling.

That’s because a tuning company Mcchip-DKR decided to tune it up a bit, or maybe more, but in the wrong way.

They decided to tweak the bits on top of the engine in order to give it more power. Normally, that sounds like a great idea since most of us want more power.

In a diesel engine however, there’s a lot of folk that actually want more fuel economy, or the same levels of fuel economy to say the least.

Mcchip-DKR didn’t really bother with that idea and simply ignored any mention they could have made about the fuel saving (guzzling?) that results from their meddling.

On the brighter side, they did give us an accurate reading on the extra power you can expect. The force-fed 3.0 liter V6 engine now pushes out 285 hp and 442 lb-ft of torque.

Just in case not enough people can peak under the bonnet and see the changes from inside, they then added some decals to the exterior of the car.

Those are plainly horridly tasteless. Thankfully, the 22 inch Cargraphic are as good looking as the Dunlop Sport Maxx tires around them are grippy.

Finally, a H&R suspension setup, complete with 30 mm drop in the ride height completes the package.