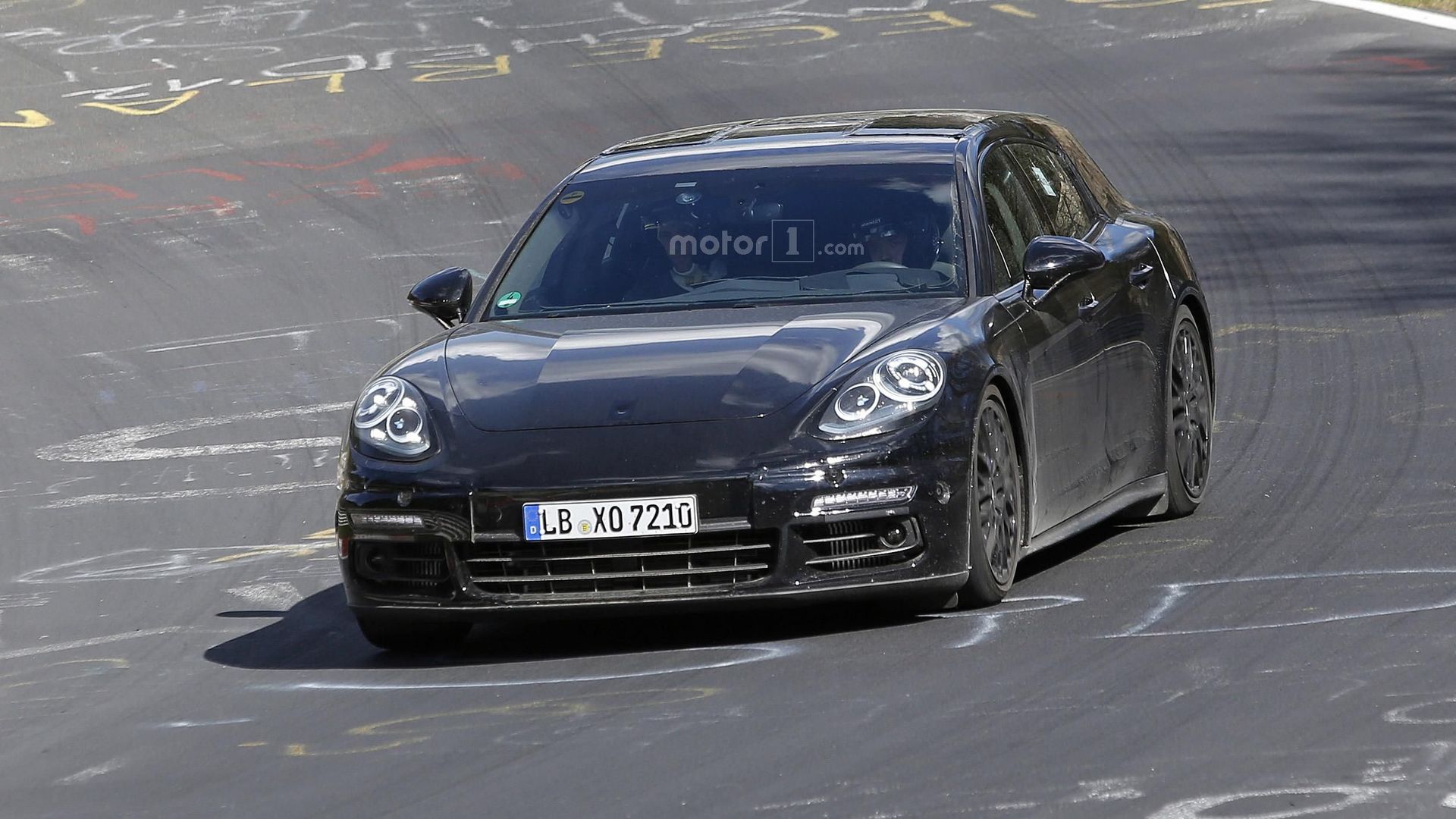 Even if the Shooting Brake body style was first developed by Mercedes-Benz, it has been a true inspirations for other car manufacturer to adopt the same styling on their own rides.

And I have to admit that this Porsche Panamera caught on shots while testing at the Nurburgring looks pretty insane with the Shooting Brake body style. The German engineers from Porsche decided that the Panamera model would look awesome with the new styling.

Even if the test mule is wearing a disguise at the front and rear, we could depict the elongated design cues flowing to the rear end, which means that the model will gain increase space in the trunk, without spoiling the car`s overall look.

Also, the test mule is also previewing the front fenders with updated side vents, or the four-point LED headlights. As expected, the new Porsche Panamera Shooting Brake will stand on the Volkswagen Group`s new MSB platform, which would make enough roof for bigger and higher-performance V6 and V8 engines, shortly followed by a hybrid version. Unfortunately, the performance figures remain rather unknown at the moment.

Inside, the cabin is likely to carry over the same design and high-tech gizmos from the present Panamera, like digital instrument cluster, infotainment system with a bigger display, capacitive-touch buttons, updated center stack and dashboard, and a few more.

The Porsche Panamera Shooting Brake is off for an official unveiling at the 2016 Paris Motor Show, in October, with sales to start somewhere in mid-2017.