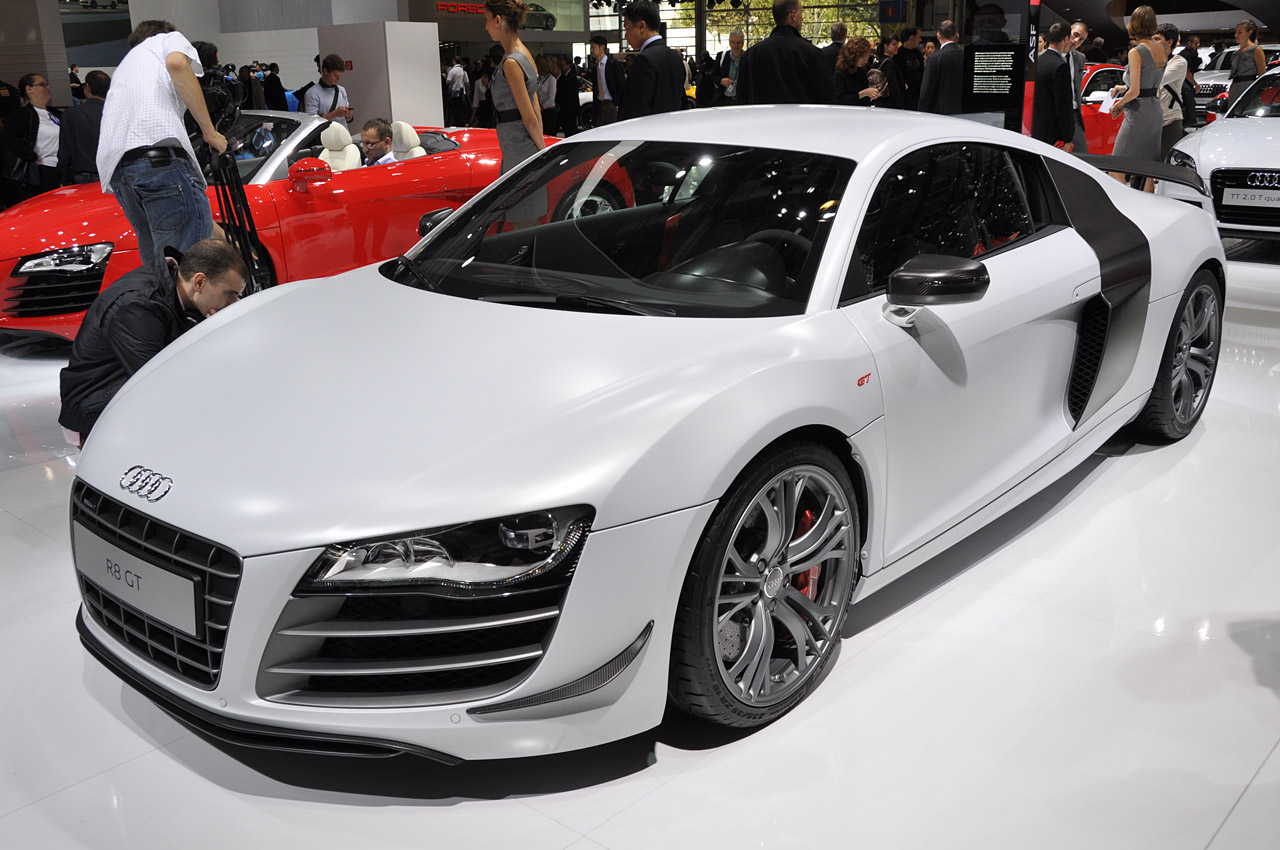 Speaking of the latter, I suppose it's no wonder that it's sister car got the same treatment. Yes sir, the V10 powered version of the Audi R8 has just become more interesting than before.

The Audi R8 goes on a diet and it's now 220 pounds lighter and as if the weight loss isn't enough it's also on some steroids. The steroids worked quite well and the power output of the 5.2 liter V10 engine grew by 35 horsepower up to a total of 560.

The lighter, faster version will be called the 2011 Audi R8 GT and it will be produced in just 333 units and it will hit showroom floors sometime next summer.

The GT version of the Audi R8 V10 is looking to be altogether great but the only thing is that the only gearbox choice for this version is Audi's single-clutch R-Tronic semi-automatic transmission. A manual would have been nice.

I suppose the spoiler is enough for the Germans.