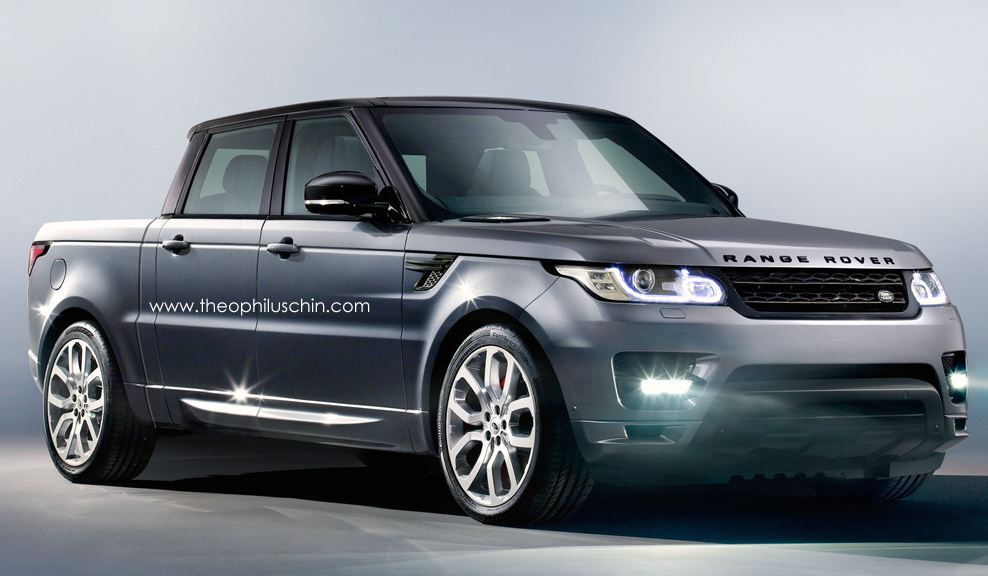 The Range Rover Sport was put in a different light, as the model in question was launched online in some renderings, signed by the famous designer Theophilus Chin, showcasing the SUV in a pickup truck body style.

In case you were wondering how would the next gen Range Rover Sport would look in a pickup truck body style, than just have a closer look at the three renderings signed by Chin.

Of course that this is just an imagery exercise, as the model will never see the day lights.

Instead, we can enjoy the future Range Rover Sport generation, as the SUV was first launched to the public at the 2013 New York Auto Show.

The Range Rover Sport has received a new design, while under the hood, the SUV is powered by a 3.0-liter supercharged V6 engine in the entry level, while the top of the line received the 5.0-liter V8 with 510 horsepower.