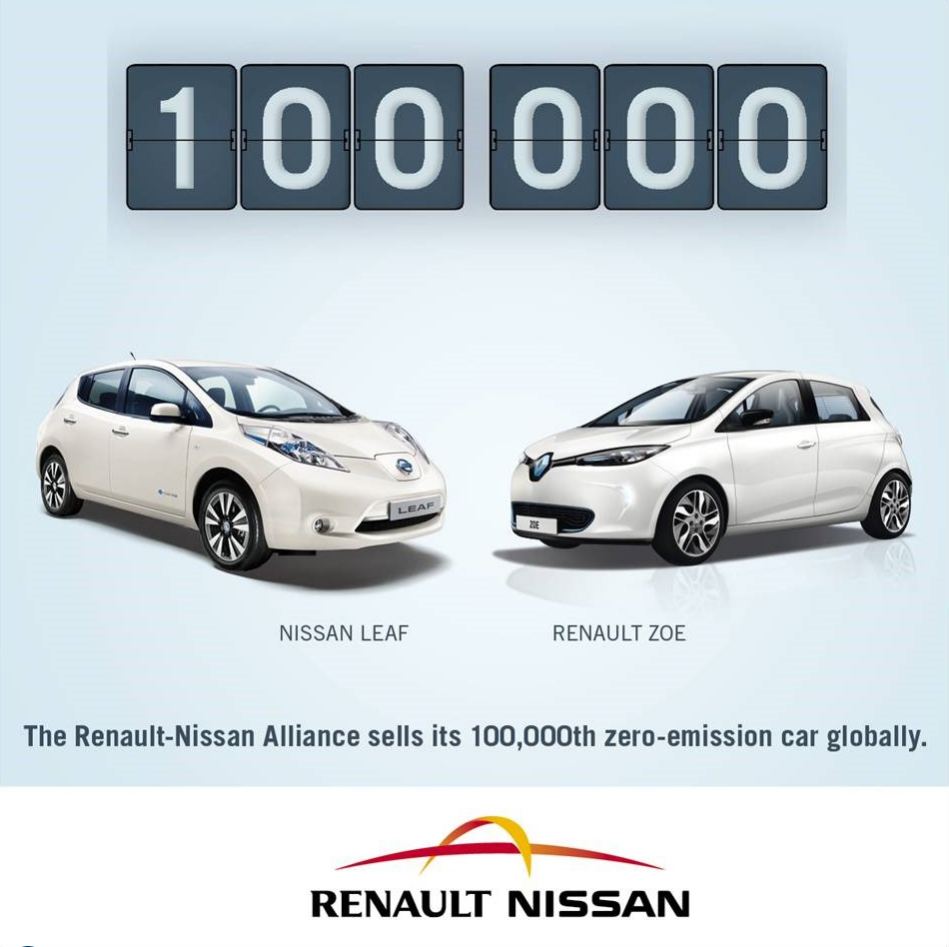 In case you were one of those skeptical persons thinking that the Renault-Nissan alliance is not going to do anything with its Electrical Vehicles line, you might change your mind.

The group has recently announced that they have managed to sell across the world precisely 100.000 Electrical Vehicles. As expected, Nissan Leaf is the most popular and best sold EV in the world!

Just to recap, Renault-Nissan joined forces at the end of 2010, when Leaf model was launched by Nissan. At the moment, Renault has 43.4% from its partner’s shares while Nissan has only 15% from Renault.

Even though selling zero emission vehicles is not piece of cake – mostly because of the high selling price and, naturally, because the charging infrastructure is not well developed yet – Nissan Leaf seems to have great success. After all, from the 100.000 EVs sold in two years and a half, 30.000 were the Leaf.

Meanwhile, thanks to this milestone, Renault-Nissan alliance is planning to sell 1.5 million units throughout the world by 2016. This is more of a statement that we afford to be skeptical about, is it not?