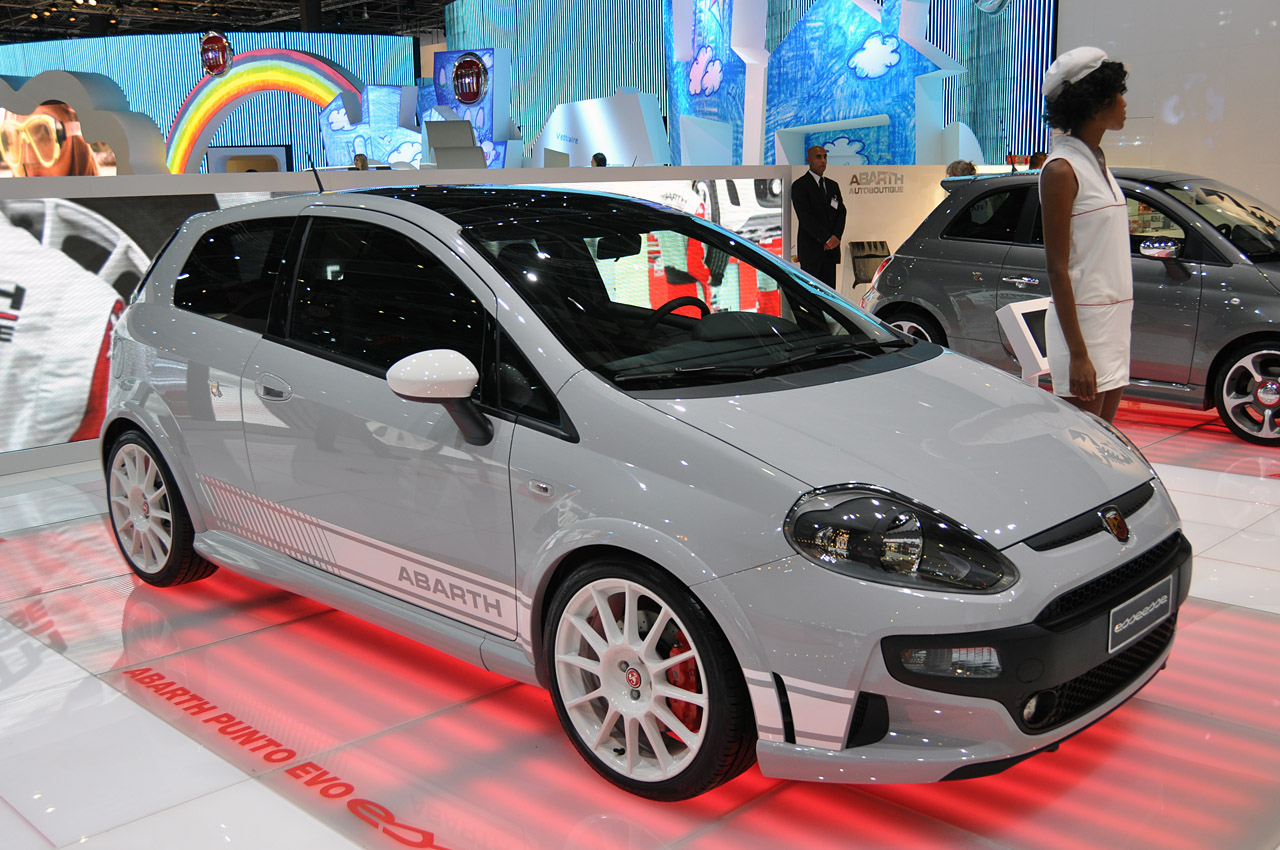 Most people love Fiat for bringing back the 500 and the company enjoys the success it’s having but it’s not the core product of the brand.

The Fiat brand survived for a long time on small cars with a more civile appearance. Stuff such as the Fiat Punto.

The Punto has grown quite a lot in recent years but it never got seriously proper treatment in the world of sportiness. Until now all you had was some Evo and Abarth Evo variants but now it’s time to meet Abarth’s ultimate take on the little hatchback.

Firstly they decided to do something special with the engine and it now has an output of 180 horsepower which gets the Fiat Punto Abarth from 0 to 62 in 7.5 seconds and can keep it accelerating up to 134 mph.

Then they fitted new suspension, brakes, wheels and tires destined to calm down the turbocharged fury under the bonnet.

And just in case people don’t know what you’re driving they decided to show them with a new Campovolo Gray paint scheme with white accents and fitted the enormous badge that reads Abarth Punto Evo EsseEsse so those overtaken don’t feel that bad about it.

There’s an interesting snippet about the color as it’s named after the airfield across the road from the company’s historic headquarters in Turin.