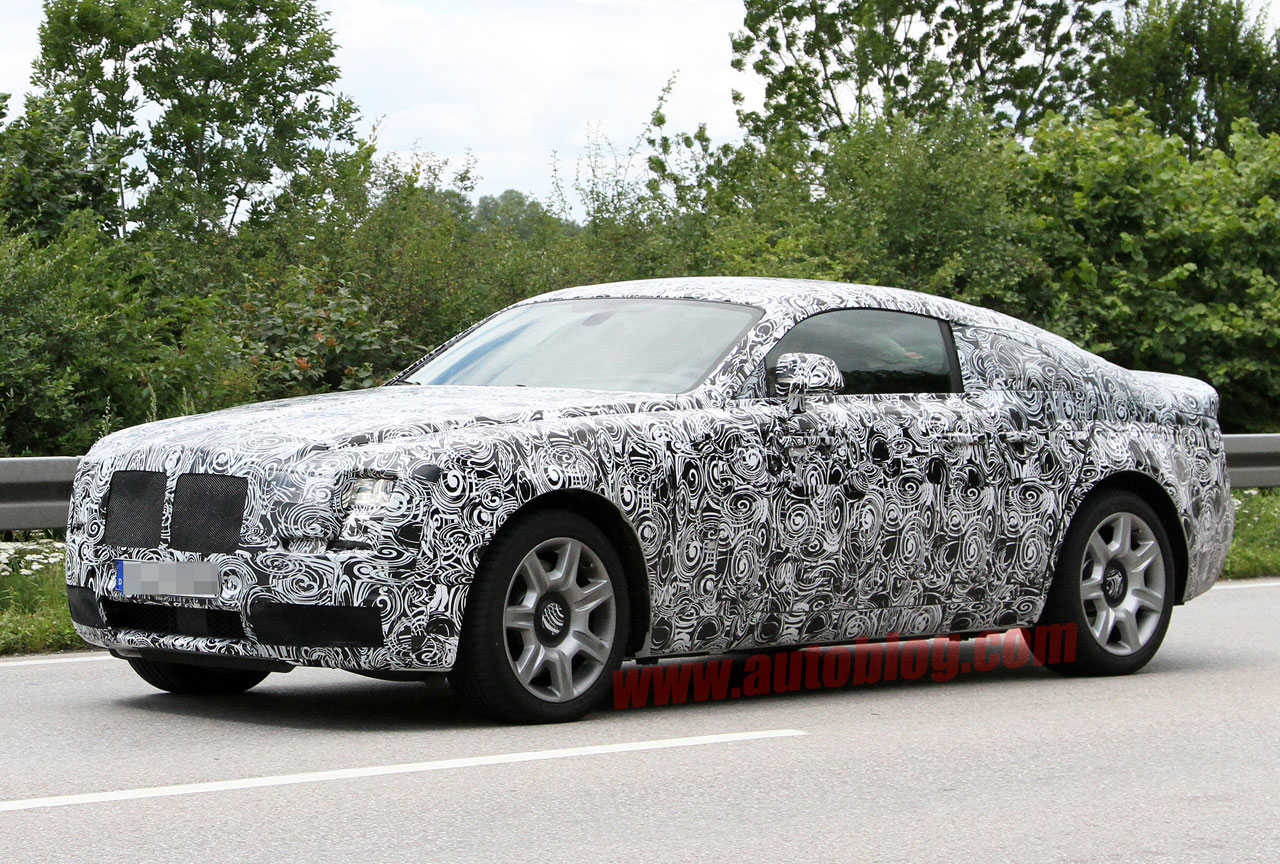 Rolls Royce seem to be working on quite the surprise for the plutocrats as these spyshots have gotten quite a few 80 year olds excited.

That’s because they tend to read the news and such but when this car will actually be available on the market it will almost certainly be the biggest hit with rappers we’ve yet to see.

All Rolls Royce models are status symbols but this one will come with a bit of a twist. It will be a coupe, and a rakish looking one at that.

Unlike the Phantom Coupe, the Corniche model is going to come with less of a sedan shape. Tradition calls for it and that’s what Rolls Royce is what is all about.

Or bling, depending on which side you see the coin fall. Either way, some things are certain and should remain unaltered.

This car will be big. Even with a sloped roof line it should be able to carry four people in supreme comfort, quietness and britishness. It sounds wrong, but apparently that’s the way we’re supposed to talk about it.

There’s just something about a car developed in Germany, spied near Munich by a company called BMW that is British. That’s the power of a badge for you.

Another non-surprising area to be is the suicide door department and the fact that a 6.0 liter V12 engine will reside under its bonnet.

Fuel consumption? Emissions? Yeah, there’s that, but everything is fine. After all, there’s a Flying Lady on the front.