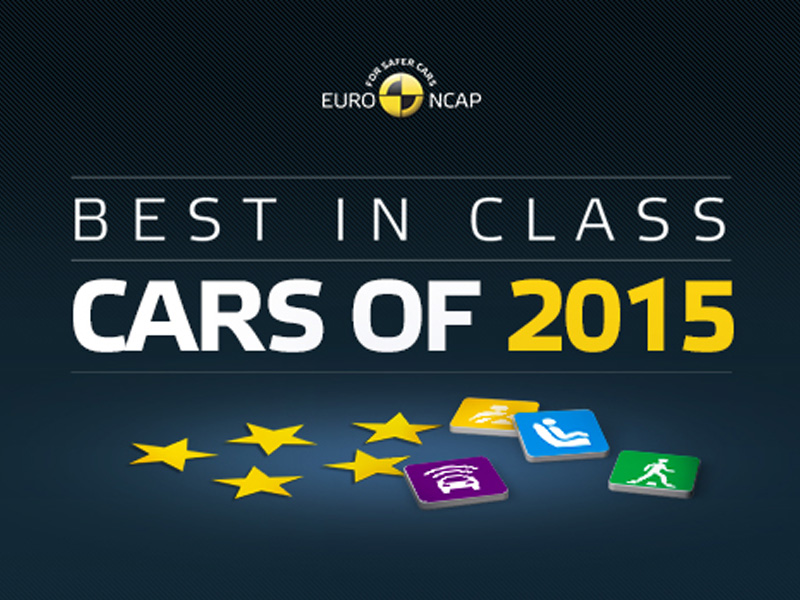 One of the most important features when buying a car is its safety. Euro NCAP, the main crash test organization revealed recently a list with the safest cars in 2015.

Everybody heard about Euro NCAP, but how much of us know what it really is? Back in 1977, in U.S. had been introduced a New Car Assessment Program (NCAP). Twenty years later, the Europeans have founded Euro NCAP, which was based on the American programme. Of course, it’s not the only crash-test programme in the world: the Chinese have C-NCAP, the Australians – ANCAP, the Latino-Americans – Latin NCAP and the Russians have ARCAP. But it is probably the most important of them, as it is backed by the European Commission, many European governments and some of the most important motoring organizations.

In 2015, more than 40 consumer cars had been tested. The safest car in 2015 proved to be Volvo XC 90. It managed to obtain a 97% score for the adult occupant. In the Large Off-Road category, it had been followed by Audi Q7 and Lexus RX. However, all three reached five stars.

Moving one step down, to the small off-roaders, we find Mercedes GLC exceeding, in order, BMW X1, Hyundai Tucson, Kia Sportage and a surprisingly weak Renault Kadjar. What seems interesting is that the Sportage managed to reach X1’s adult occupant’s safety, and Kadjar lost points at the children occupant’s safety.

Large family car brings us to a neck and neck fight between Toyota Avensis and Jaguar XE. Though in the Press Release, Jaguar is the winner, on EuroNCAP site Toyota scored marginally better. The two models were followed by Audi A4, Skoda Superb, Renault Talisman and Kia Optima. As in the first two categories, all of them received maximum stars number.

One of the best selling class, small family car, reveals a safe Infiniti Q30, ahead Opel Astra, Renault Megane and Honda HR-V. The paradox here is that Q30 is the most vulnerable regarding adult occupant safety, but a good children safety level, a proper active safety and a truly excellent pedestrian protection helped it take the win. The question here is, if crash-tests would be the main decision element in your choice, would you buy a best in class car only because it’s safe for the pedestrians?

If you prefer the superminis, and the crash test results are the most important criteria, go for Honda Jazz or Suzuki Vitara: both of them obtained excellent scores. This is one of the categories where we find less than five star ratings: Mazda CX3, Mazda 2, Mini Clubman, Hyundai i20 and Opel Karl were rated with four stars. If you think it couldn’t get worst, think again: Fiat Panda Cross achieved only 3 stars, while Lancia Ypsilon was the last, with 2 stars and only 44% safety score for adult occupants.

Back to the families, with a large MPV class dominated by Ford: S-Max and Galaxy topped Renault Espace. Both of them scored identical, while the Espace’s weakness were adults and pedestrians safety. It was the best in class at children’s safety and had the most effective safety assistance.

VW Touran, the best scorer small MPV exceeded by far Fiat 500X and VW Caddy. The last two received only 4 stars, due to constantly lower score at all the sections.
Finally, for all you young in spirit, the roadsters: though none of them obtained the maximum of stars, Mazda MX5’s cockpit is the place to be. It’s safer than Audi TT (also four stars) and the more modest BMW Z4, which obtained only three stars.

As a final word, most of the tested cars had been awarded with a maximum five stars. It’s an exceptional result, which lead me to this conclusion: the cars became safer and the testing procedures must be changed more often to keep up with their progress.