Seven Jeep Concepts To Be Shown This Weekend 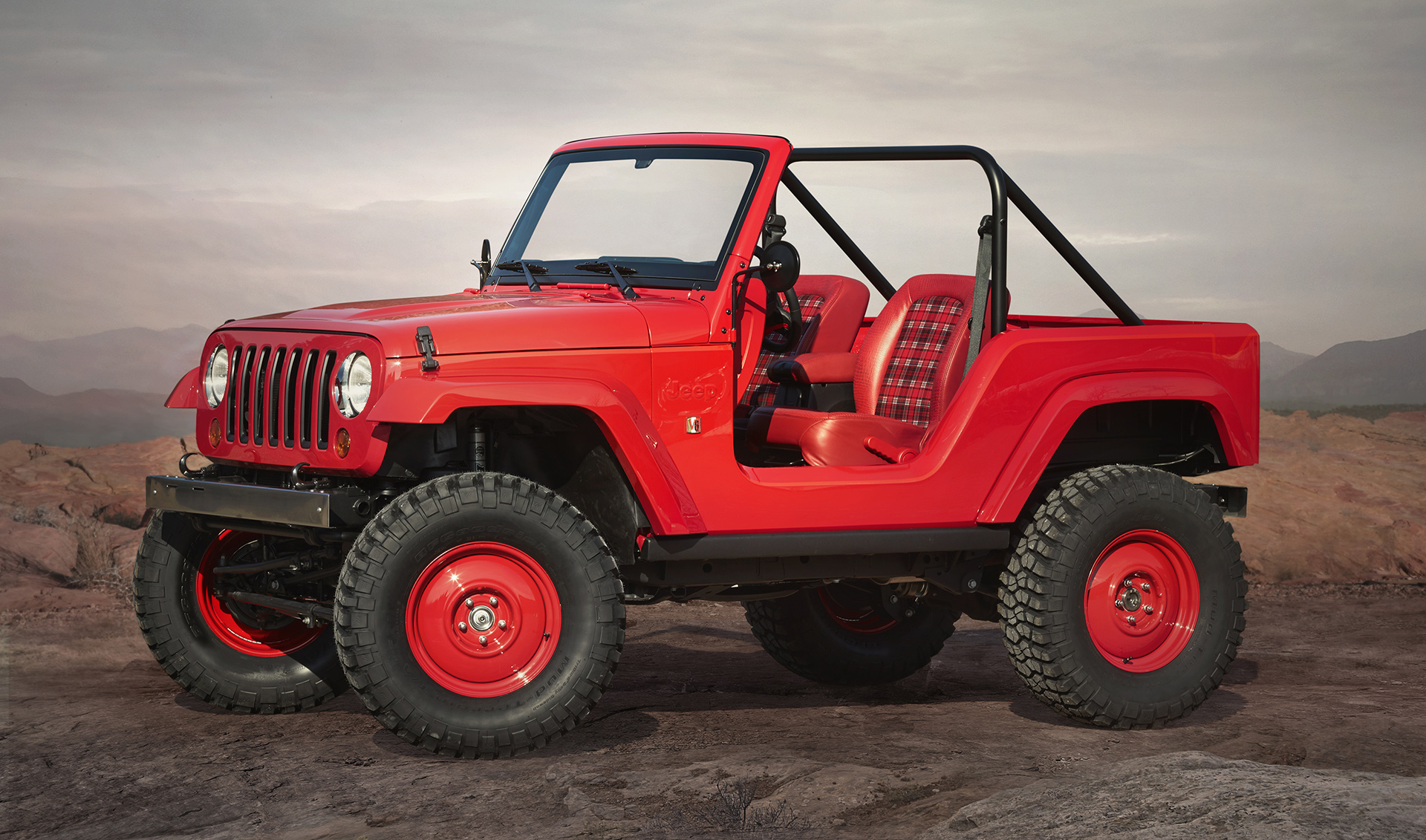 Jeep and Mopar have worked together to transform seven models into appealing concepts. Basically, they took production Jeep cars, then added Mopar accessories and Jeep Performance parts and they’ll unveil them on 19 March, at 50th Annual Easter Jeep Safari.

Several thousands of visitors are expected at this year’s show, especially because this 50 edition coincides with the 75th Jeep Anniversary. Between 19 and 27 March, they will admire the seven concepts, which were made to be together capable and eye catching. Mopar was in charge with the development and the building process, adapting the performance parts to best suit every vehicle. The team behind these unique cars have 14 years of experience in modifying Jeep cars and have introduced over 50 Jeep concepts at Easter Jeep Safari.

The most spectacular concepts are probably the Jeep Crew Chief 715 and the Jeep Trailcut. The Crew Chief 715 is considered an homage to the American military vehicles, especially to the Kaiser M715. Its body includes many styling elements borrowed from the old model, and two extra doors to ease the access. All its parts are military-inspired, from the 20 inch beadlock wheels, to the onboard air compressor with quick-disconnect fitting. And while rough doesn’t exclude luxurious, the leather bucket seats and the media center allow the people to travel in class over the battlefield. The engine is a modern V6 3.6 liter Pentastar and its paired with a 5-speed automatic gearbox.

The Trailcat is a fighter. Unleash it on the rocks or in the mud, and the supercharged V8 Hellcat engine will take care to bring it safe back to the traffic lights. And there, after a ¼ mile race with a genuine sports car, it will move its 707 hp back to mud, to start again. Sure, it’s interesting how will the 17 inch beadlock wheels handle such amount of power. But you’ll probably have no time to think about it while racing embraced by the carbon-made Dodge Viper bucket seats.