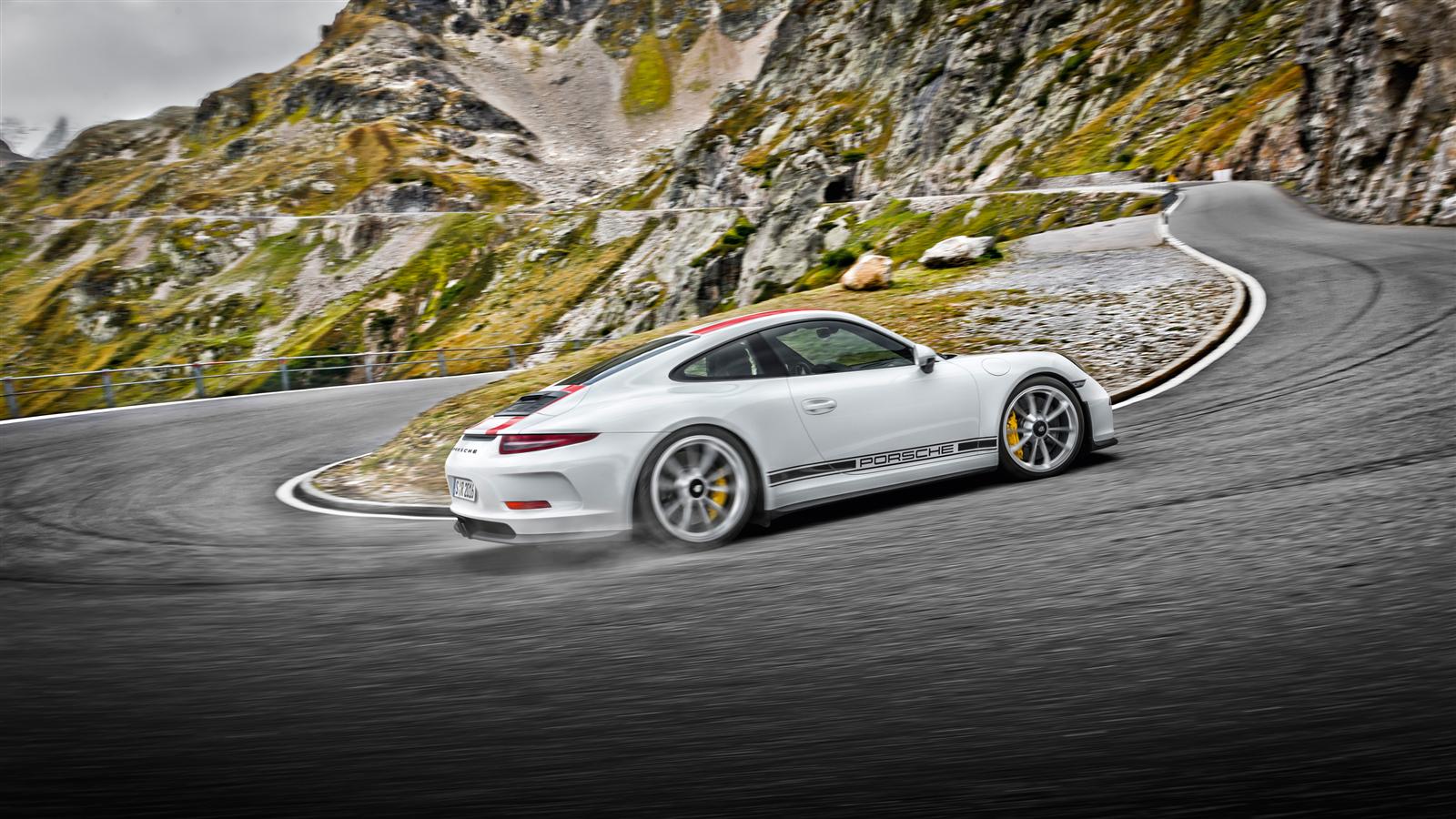 Purist? Rich? That’s probably your car: the 911 R. Why purist? Because its only choice is a naturally-aspirated engine that develops 500 hp. Why rich? Because in US it will cost $184,900.

Any Porsche model is all about technique and efficiency, and the 911 R is even more like a Swiss watch, since it comes directly from the racing world. It is the lightest available 911, weighing only 1370 kg (3021 pounds) and that makes it as light as a C-segment car. It’s as driver-focused as it can be, offering only a naturally-aspirated flat-six 4.0 litre engine, matted to a six speed manual transmission with short gear ratios and quick shifting mechanism. It reaches its 500 hp at a thrilling 8.250 rpm, while the 458 Nm of torque is developed at 6.250 rpm. One of the interesting optional features is the single-mass flywheel, which sharpens the throttle response.

The result is a sprint from 0 to 100 km/h in just 3.7 seconds, and a top speed of 321 km/h (200 mph). During the cornering, the rear axle steering delivers crisp handling and stability, while in the straight line the large ceramic composite brakes and the rear mechanical differential lock take care of the the grip. The 911 R stands on 20 inch wheels and the ground clearance of the front axle can be increased by 1.2 inches at the push of a button, for everyday use. Carbon fiber and magnesium have been used at the front hood, front fenders and roof, contributing to a low center of gravity. To understand exactly its philosophy, let’s mention that there aren’t any rear seats, air conditioning or audio system. However, the latter two are available without extra charge.