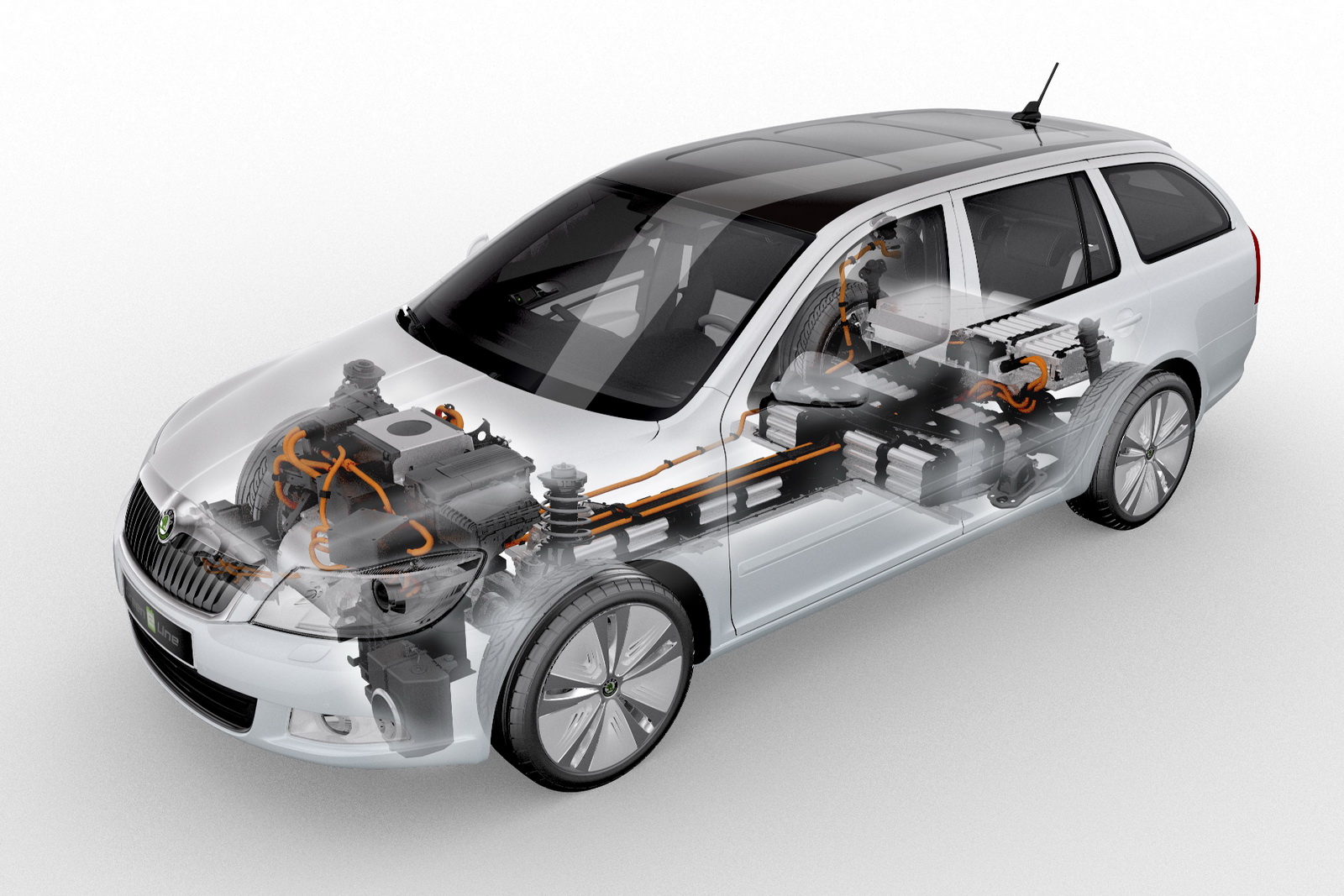 The low cost Czech company called Skoda seems to want to grow out of its small shell and take some really inspiring engineering steps.

According to their latest press release Skoda just began production on their new EV version of the Octavia, the E Line a car to show them what no emissions feels like.

The production version is going to be limited to just 10 units of the Skoda Octabia E Line Combi being made and it’s supposed to be a test fleet.

Much like the project Mini had with the E, Skoda is going to be making these few cars, taking them out in the real world and finding out what’s what.

Whilst electric motors tend to come forward with some very accurate figures, in the case of Skoda everything seems flexible.

Power ratings are expected to constantly push 80 horsepower and there’s a peak of 110 ponies that come together with the considerably more impressive 199 lb-ft of constant torque.

As a replacement for the good old fuel tank there’s a 26.5 kWh lithium-ion battery pack that’s going to be placed under the floor for a total range of around 90 miles.

Not exactly a class leading situation but there’s a 0 to 62 mph acceleration of 12.0 seconds and a limited top speed of 84 mph.