Skoda Kodiak Gets Caught in Video Spy during Tests 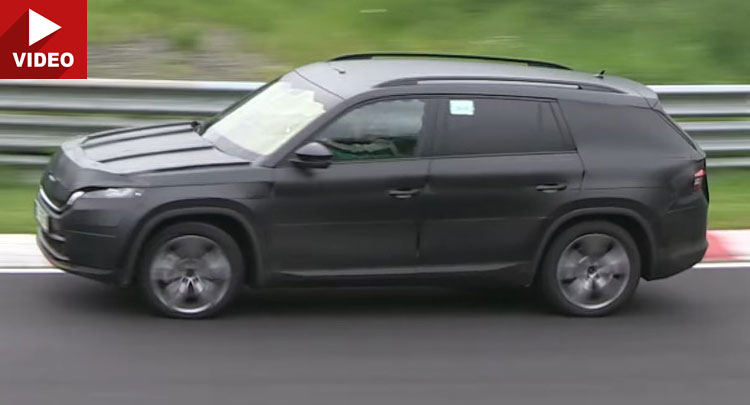 The SUV market is on a constant development with carmakers worldwide trying to build bigger, faster and more powerful models, but each one living up to its own standards.

Skoda is not letting the changes go away and is currently working on the next generation of SUVs, designed with the cutting edge technology and extremely impressive performance. And Skoda is planning to “wow” its opponents with the upcoming Kodiaq.

When I first saw the VisionS concept, the very foundation of Kodiaq, I have immediately foreseen an extremely imposing production model. It is big, comes with floating lines and an evolutionary design and means business when it comes to performance.

It will stand on the VW Group`s MQB platform, meaning lightweight materials for improved fuel efficiency and driving dynamics. The platform makes it perfect for a wide array of petrol burners and diesel engines.

The details list is rather scarce at the moment, but we should expect fresh news in October, when the Kodiaq is expected for an official debut at the 2016 Paris Motor Show. Until then, enjoy the spy video with the gorgeous SUV on the track for some rough tests!