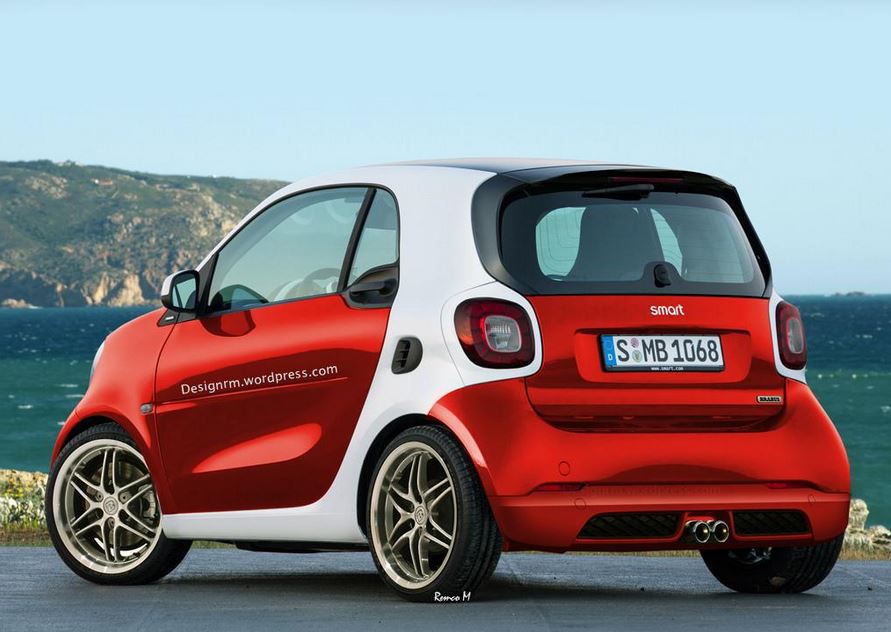 Not so long ago, Smart said the new generation ForTwo will also bring some alternative version for discerning customers.

One of these versions was confirmed to receive a Brabus treatment, and while we wait for the real thing, we can enjoy a nice rendering.

The rendering was executed by RM Design and I have to admit it looks rather well. Not only that, but from all rumors released and tidbits of information we gathered from the medias, the rendering also looks quite close to the real thing. And if the end product won’t look like this, it would be a shame.

As expected, the redesigned rear bumper was fitted with dual exhausts. Other than that, the rendering doesn’t really offer any other clues. Most educated guesses, though, point toward a new suspensions and an upgraded engine that might produce as much as 120 Hp.