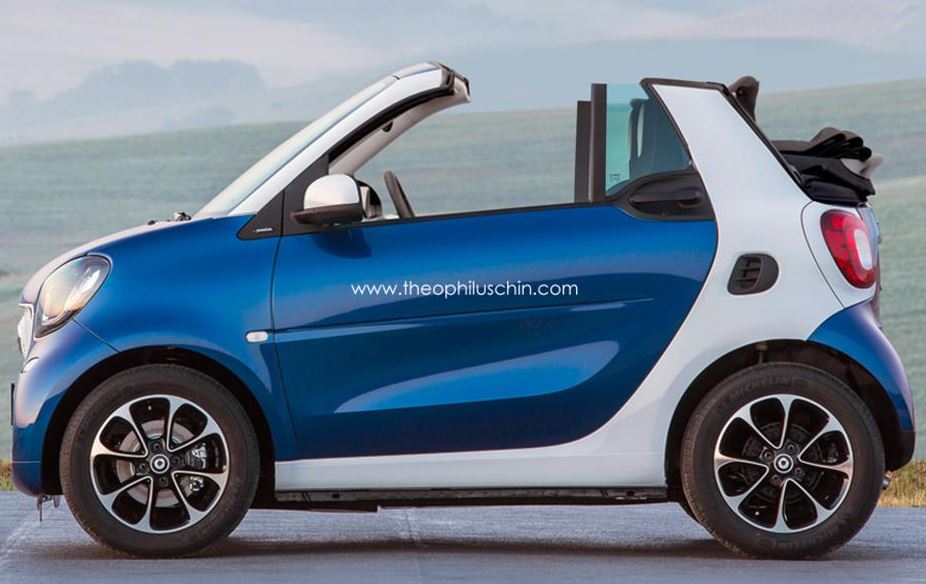 According to some fresh reports from Auto Motor und Sport, the guys from the German carmaker Smart are reportedly planning to introduce the ForTwo Cabrio variant, which might go on sales in 2016, from a rumored price of 14,000 euros.

Of course that the company has not yet confirmed the news, but our source has announced that the Smart ForTwo Cabrio would come with rather the same body style as the present model, but coming as well with its own personality, since we are talking here about a convertible.

Inside, the Smart ForTwo Cabrio will also come with rather the same features as the base model, meaning a monochrome LCD display, power windows and a few more.

Under the hood, the SmartFor Two Cabrio will be equipped with the 999cc 3-cylinder unit, developing around 71 horsepower and 91 Nm of torque, while the higher 1.0-liter three-cylinder will also produce 60 horsepower and 70 horsepower. More details will be announced later on, as the model is set to be unveiled sometime this year.

To be a reminder, the Smart ForTwo model was launched last year and is already available for sales in the United States and throughout Europe.