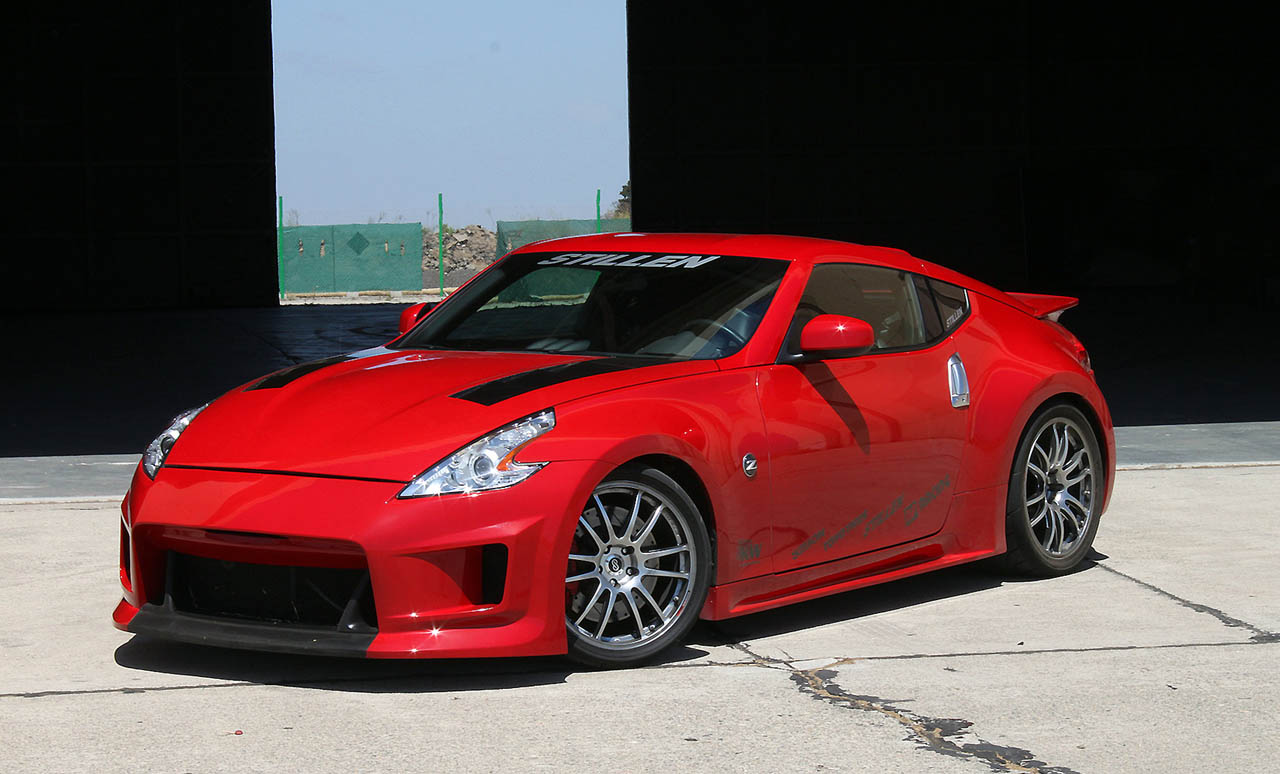 Specialist Nissan tuner decided it’s about time to unveil a brand new way of flexing its muscle. Actually, their flexing the muscles of the Nissan 370Z.

And while they’re at it, they’ve decided to give a bit of a tune to the Nissan 370Z’s rich cousin, the Infiniti G37 which, by no accident is just about the same thing underneath.

Steve Millen and his team of tuning maniacs haven’t spared any efforts, tuned the brains and guts out of the engines and still went through the trouble of getting it all certified with the California Air Resources Board.

If you’re unfamiliar with the authority, have no worries, it will soon get up everybody’s nose, just like it did earlier with Ford’s Boss Mustang having its special key denied.

Getting back to the Stillen Nissan and Infiniti, they used to be powered by a 3.7 liter V6 that developed 335 horsepower.

Bolt on a Vortech V-3 supercharger, create a cast-aluminum intake, make sure everything is oiled and cooled properly thanks to some more custom work and you end up with a 370 Z or G37 that can develop as much as 500 horsepower.