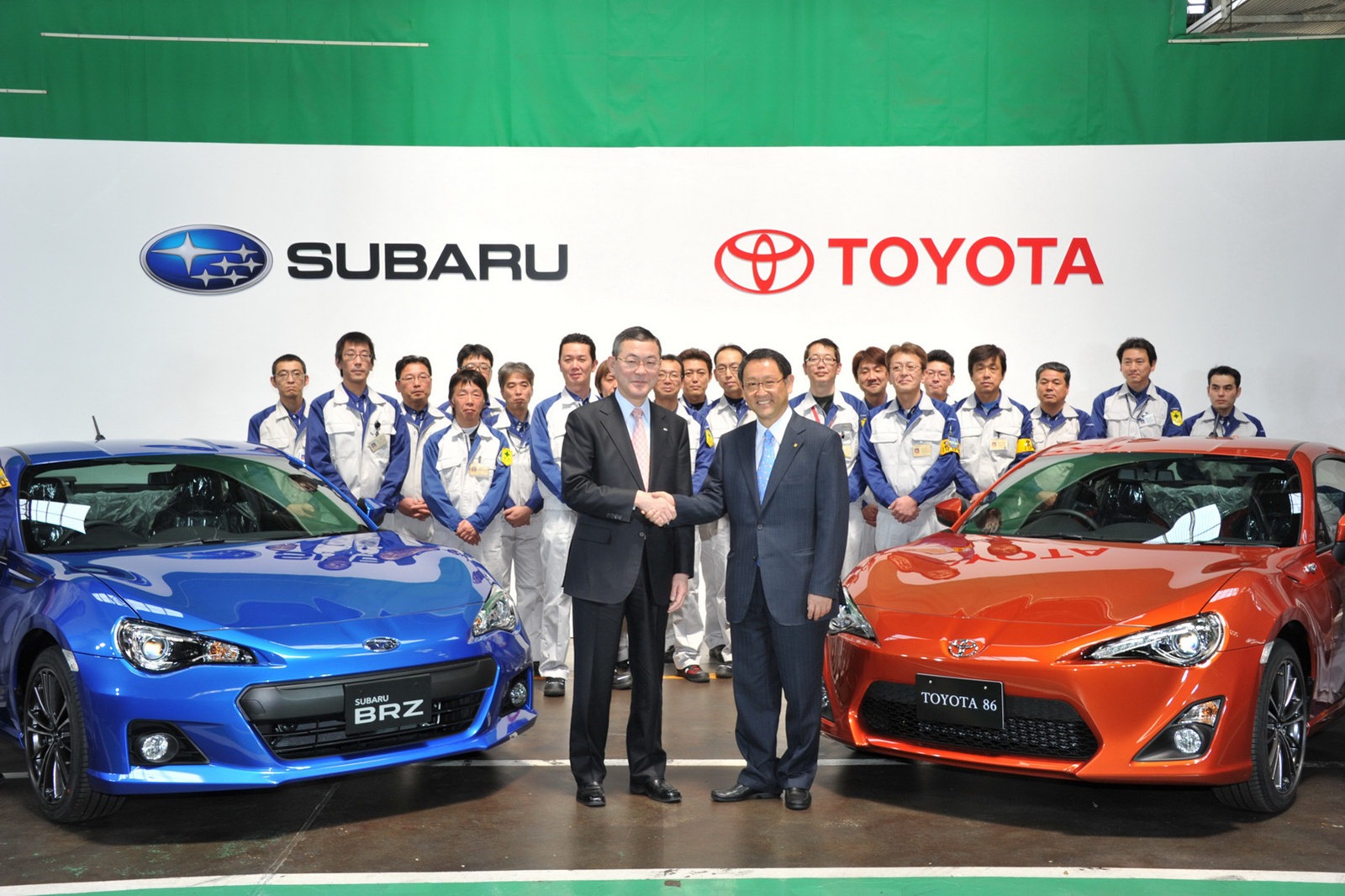 Things have finally started to move for Toyota and Subaru in terms of production of their GT86 and BRZ respectively.

These are basically the most eagerly expected enthusiast car for quite a few years now and covering every inch of their coming to life seems only normal.

The two companies are aware of this and, before setting off to work, they’ve arranged a bit of a ceremony at Subaru’s Gunma Main Plant.

A relatively small crowd was present, part of the workforce were lined up for the cameras and a limited amount of the media was invited.

There was even a part of the production launch where the presentation got that little bit Anime-Japanese-like. Subaru actually pressed a huge red button to kick things off.

Yasuyuki Yoshinaga, the president of Fuji Heavy Industries Ltd, (Subaru’s parent company) and Toyota CEO Akio Toyoda congratulated each other on the affair.

The Subaru side congratulated Toyota’s feedback and the development of the chassis and its amazing handling characteristics.

In return, Toyota wished to point out that without Subaru’s engine and production efforts are also crucial for the existence of the GT86 and BRZ.

This is quite obvious when you take a look at the enormous amount of work and money that went into creating the added production capacity to handle the new car(s).

If we’re honest, there’s going to be some of the new Subaru Impreza’s production joining the ranks but that’s not the main story right now.