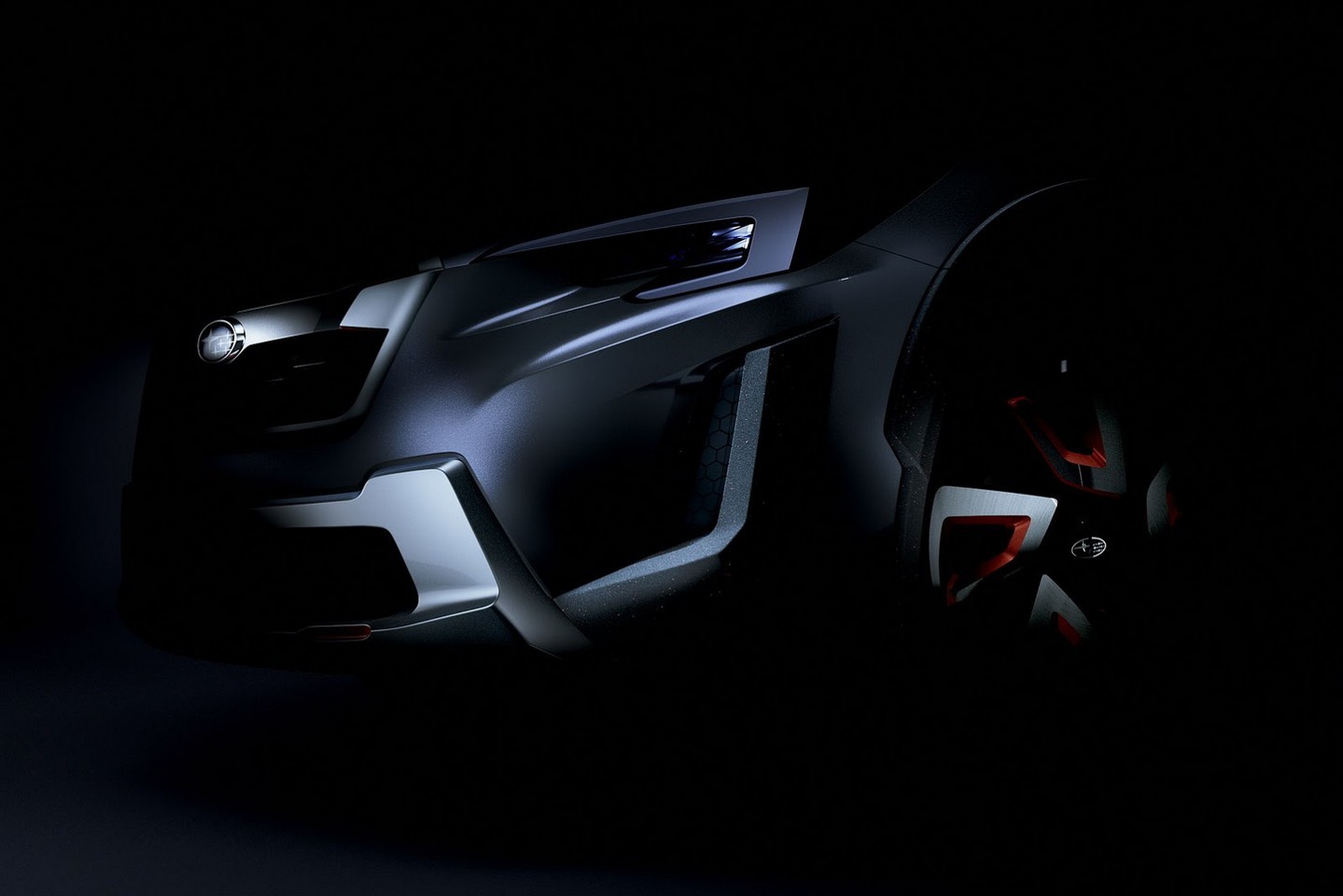 Subaru has been thinking about his crossover lately. Though it’s still fresh, it’s not quite new anymore. It was reviewed many times, but the results weren’t always quite flattering. So, it’s approaching the changing time.

Up to this moment, Subaru operated some design changes meant to transform the existing model in a more attractive one. At the same time, they give us a hint leading to the second generation’s looks. It will be seen at 2016 Geneva Motor Show as a concept. Up to this very moment, only one teaser had been released by Subaru. It shows the front-left corner of the car.

Looking at it, I admire its interesting, bold design. It’s a mix of slightly rounded edges and straight, sharp lines. The aspect seems simple by looking at its lines, and yet complicated by the multitude of elements and panels. The thick, sharply-edged spokes match the front grille’s form and color for an overall rough appearance.

Though it’s only a teaser, we know that, as the current generation, the next XV will be essentially an Impreza Crossover. Last year at the Tokyo Motor Show, Subaru presented the Impreza concept. So we shall expect the XV to borrow some of its lines, but in a more SUV-like style.

Let’s also remember that, at the 2016 LA Auto Show, it was shown the sedan version of the Impreza concept, which previews the aspect of the 2017 production model.