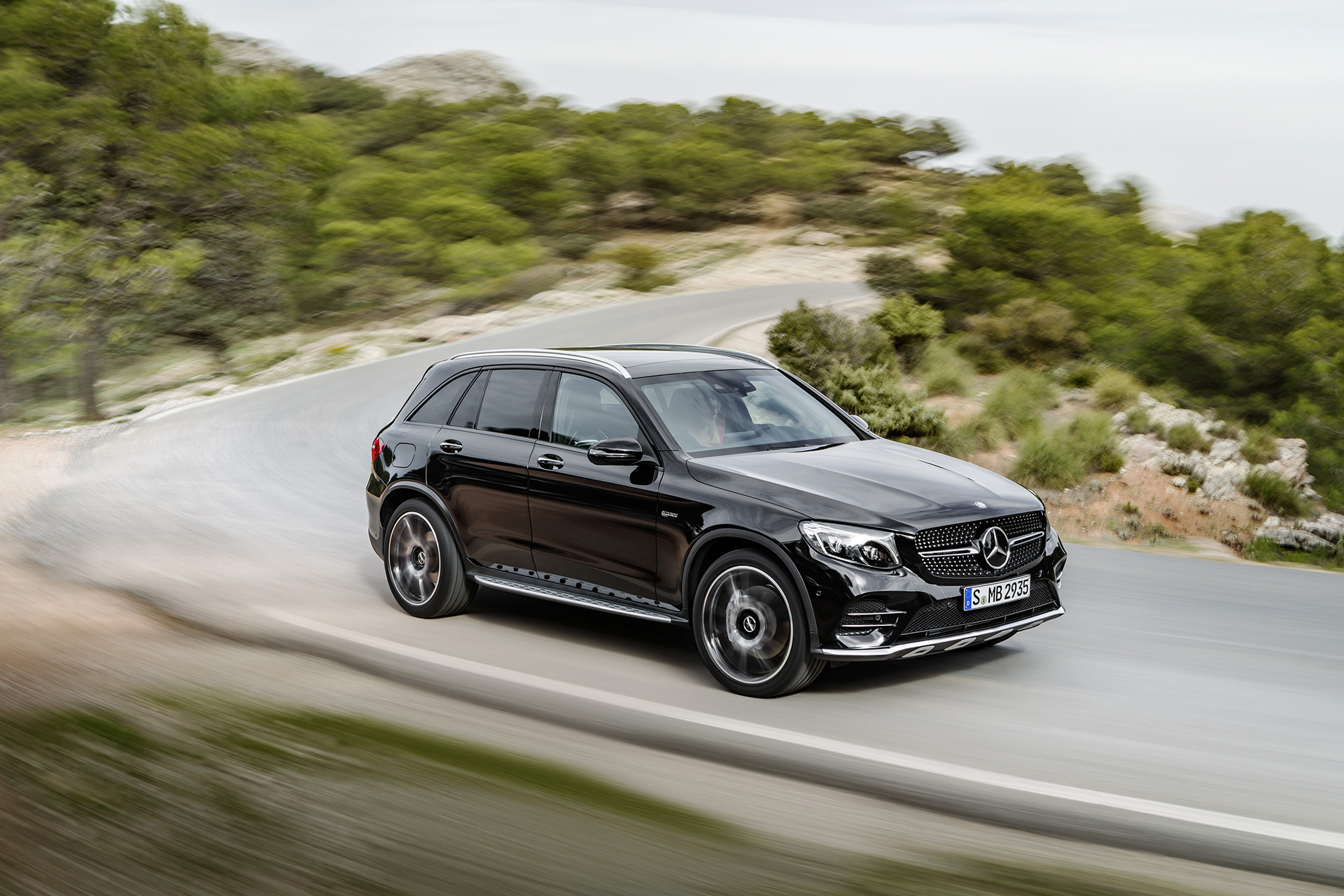 So, we have seen quite a few Mercedes-AMG models lately. I’m talking about the C 43 Coupe and the E 43 4Matic, which were either new or upgraded. As a proof that the German sport division never stops working, we show you today the GLC 43 4Matic. And may I say that Biturbo 4Matic badge on the front fenders looks awesome!

It’s the first mid-SUV in Mercedes’ history to receive such a sporty treatment. The engine is borrowed from the C-43 Coupe model: its V6 architecture adds a couple of turbo for a peak power of 367 hp, just like its smaller brother. Equipped like this, the GLC pops from 0 to 100 km/h in just 4.9 seconds and it stops at 250 km/h, like most production AMG. The 520 Nm are reached at 2500 rpm and maintained up to 4500 rpm, so why downshifting? Probably that’s why the NEDC measured fuel consumption averages only 8.3 l/100km/h, which is not an easy task, giving its 1845 kg.

The exterior design is bold enough to show the real power under the hood. It features high-gloss black and silvery elements in a pack called AMG Exterior line. The front grille features the chromed-pins promoted by Mercedes at its latest models, while the glossy horizontal line adds elegance to the front-end. There are also chromed aprons and a newly designed bumper, to optimize the airflow in the cooling radiators. The 235 and 255/55 R 19 wheels are not only a design element, but a mandatory condition in sending the power to the ground. The same story with the tailpipes, which are oversized for minimum back-pressure, and chromed for an enhanced looks.

Let’s get onboard for an elegantly-sporty treat, thanks to the flat-bottom steering wheel and the black-red stitching scheme. Then, there are the even-more supportive seats covered in black Artico and Dinamica microfiber, just like the inside door panels. Do you like what you read? Then you’ll probably like more when you’ll see it, at NYAS starting in a week. If you won’t be there, wait until the June’s beginning, when it will be unleashed on the streets.