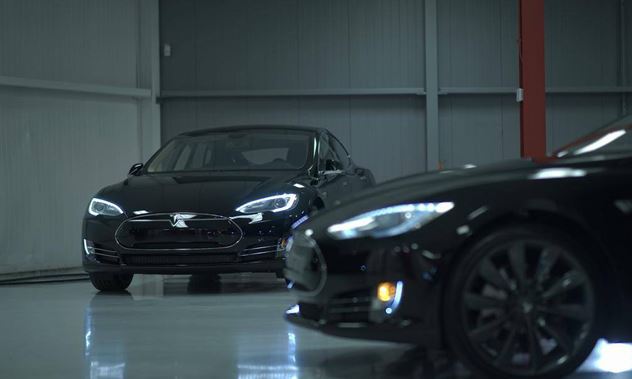 The Tesla American carmaker has given its first performance details on the Model S P85D, which are quite impressive and confirms all the rumors so far.

We are talking about a powerful hybrid model, coming with a dual electric motor, capable of delivering 210 horsepower on the front wheels, while the one found at the rear, comes with an additional 470 horsepower.

Overall, the Tesla Model S P85D is capable of delivering an impressive 691 horsepower and 687 lb-ft of torque, making the sports car sprint from 0 to 100 km/h in just 3.2 seconds, while the quarter mile is done in 11.8 seconds.

But the performance of the Model S P85D is not given by its electric motors alone, as the car is weighing less than the present model, coming with a 50:50 distribution as well.

Apart from the Model S P85D, Tesla is also coming with other two Model S versions, with a dual motor system each as well, one delivering 376 horsepower and 362 lb-ft of torque.

More than that, the Tesla carmaker has big plans with its future models, as the company revealed its intentions of equipping them with high autonomous driving technologies, which are already headed for production.