The British Police car fleet will be supplied by Hyundai 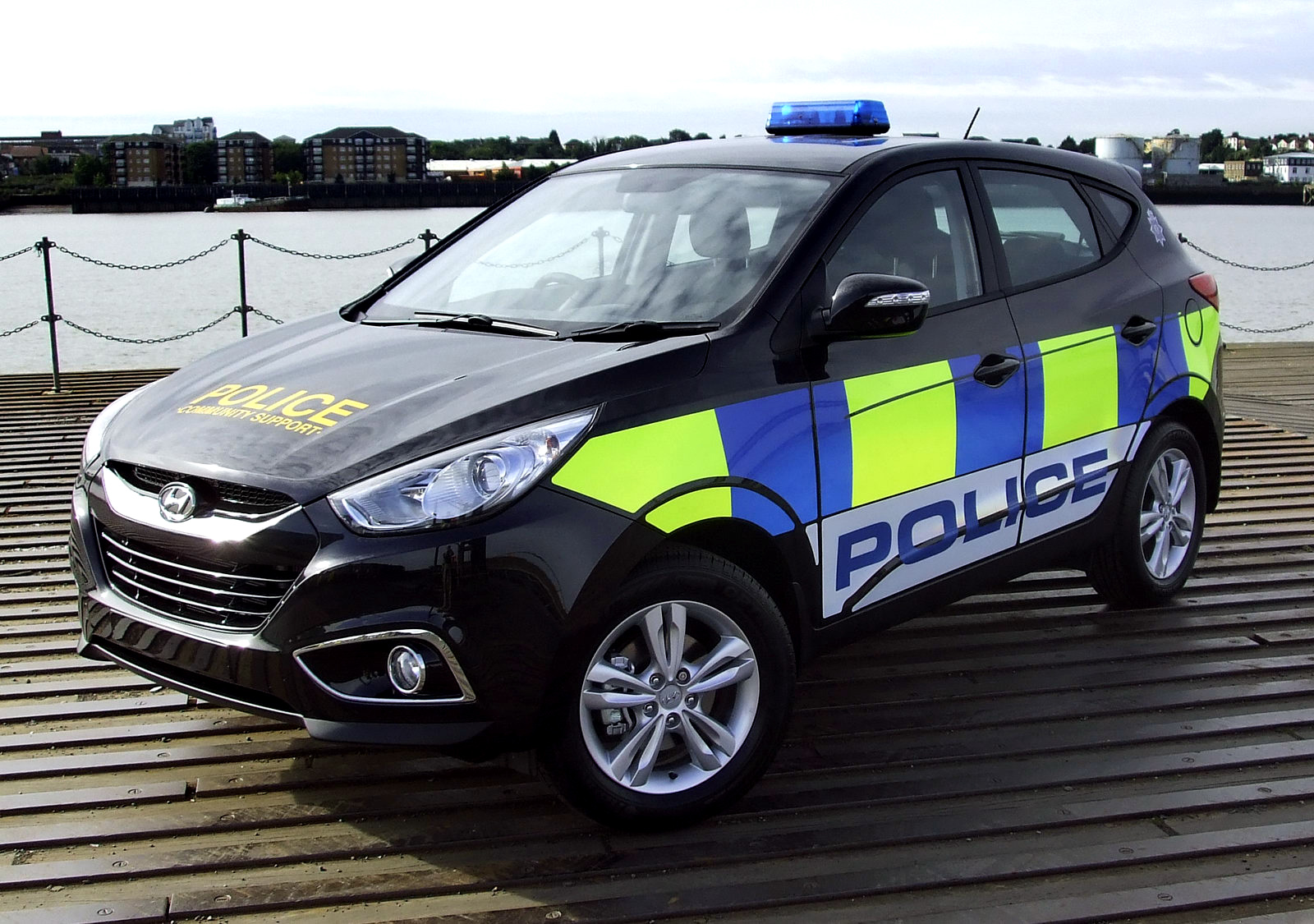 It would seem that British policemen have no hope at redeeming themselves as the cars they are driving are getting ever less imposing.

I am aware that the British government has got some austerity measures hitting them in the back of the head but still, after a past where 3.5 liter V8 powered Rover SD1s, Land Rovers and so on made themselves part of police chases things have gone downhill, a few years back the Vauxhall Astra diesel took the glamor away and now it’s the turn of the Koreans to do so.

Perhaps I’m exagerating as Hyundai’s of today are worlds apart from what they used to be. And having been awarded ‘preferred supplier’ status by the National Association of Police Fleet Managers must stand for something about the Hyundai vehicles. So far, only a Hyundai IX35 (or Tucson to some) has actually been dressed up in a police livery but expect to see some of the smaller vehicles they make on the force soon.

I know most people would rather have a Range Rover or something of the such as a police vehicle but for the price one of those charges the rozzers could get themselves somewhere round three fully equipped Hyundai IX35 instead of a bog standard Range Rover, that’s got to count for something when talking about taxpayer’s money.

Looking on the bright side of things, this decision is a massive image boost for Hyundai and quite an important financial incentive as each year, 2,000 cars are going to be acquired by London’s Metropolitan Police and a further 7,800 are acquired for work outside the city.