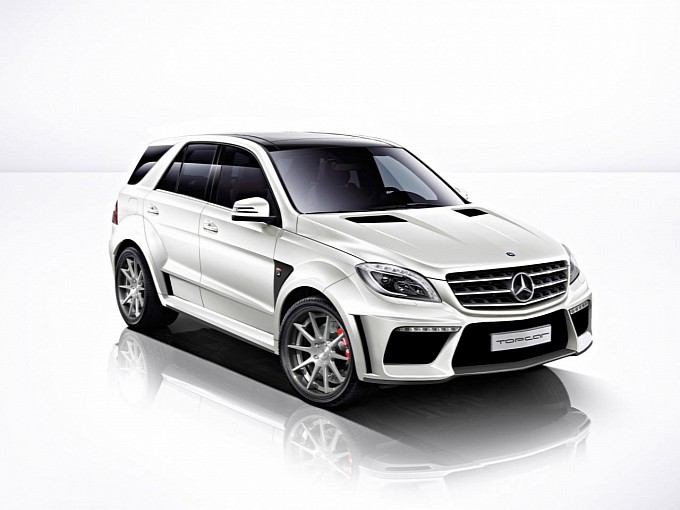 The Russians at TopCar are well accustomed to cold so they’re not taking the winter holidays off and will, instead, be focusing new tuning packages.

Particularly for this season, most efforts at TopCar will be aimed at the Mercedes ML63 AMG SUV the Germans only recently unveiled.

Now, without making any jokes about the war, Russian engineering in the field of automotive craftsmanship can’t hold a candle to the German one, so don’t expect any performance perks to come along.

TopCar will most likely focus on the aesthetic aspect, thus what we see in these preview images is very likely all there is to considerably happen to the Mercedes ML63 AMG.

This means the ML63 AMG is getting a brand new wide body kit which implies changing most of the lower body of the car.

Naturally, this brings along new larger vents for the front, a slight adaptation to the lighting system and the roof rails were removed.

Though they don’t really showcase it, the Russians have made the entire new body kit out of carbon fiber so quite a few pounds will have been shaved off by the end.

Also surprising in how unshowoffy the vehicle is, the TopCar Mercedes ML63 AMG is nowhere near the opulence we’re used to seeing from Russian tuners.

The final part of this newly previewed kit is the set of ADV.1 multi-spoke alloy wheels, also a light weight offering from TopCar.

The preview signifies that the tuner is nearing completion of the kit but they’ve yet to pin a date on the proper unveiling of the new kit.