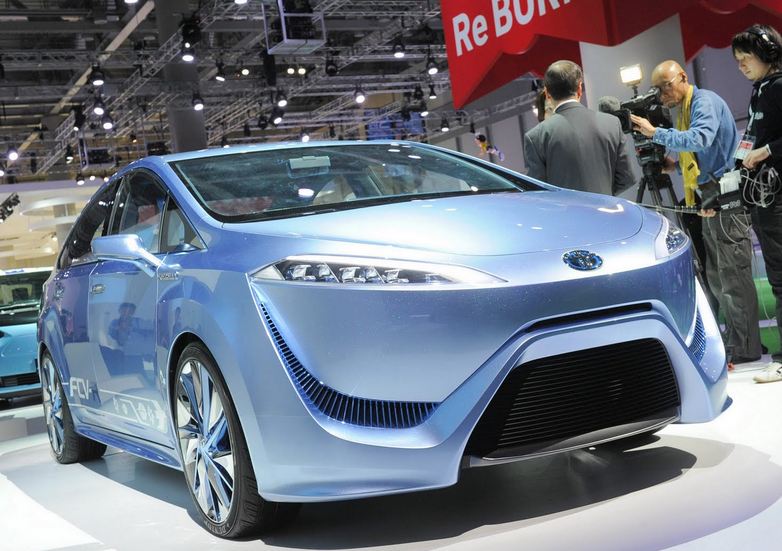 Technology is constantly advancing. The speed of that is determined by the amount of money invested. In turn, that is influenced by the public demand.

Public demand nowadays calls for a ecological orientation of technology. To this end, many car companies invested billions into developing electric vehicles and on a more recent note, hydrogen fueled vehicles.

Toyota official Chris Hostetter stated that building a hydrogen fuel cell prototype has dropped from around 1 million USD to around 50.000 USD. This means that fuel cell cars are close to becoming accessible. Their very own Toyota FCV-R will fetch between 50.000 and 100.000 USD.


Coming out the assembly line in about two years, this new fuel cell powered Toyota FCV-R will have an estimated range of over 700 km. That is a lot if you compare it with other alternative fueled cars. Of course, considering the price, I don’t think people would have accepted any less.

The hydrogen is stored in a 70 MPa high pressure tank, but we have no other technical data for now. What we know is that come this November and the Tokyo Motor Show, Toyota will have an almost production ready vehicle for unveiling.