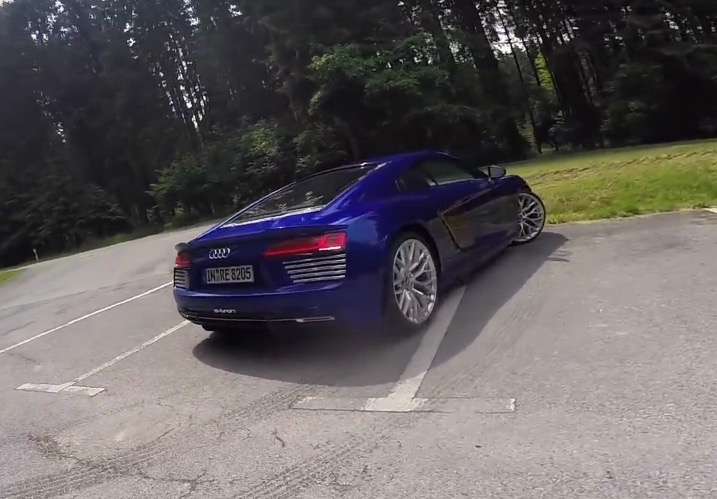 The full-electric segment is on a constant development, with a lot of carmakers testing out their latest models. Audi is also working on an R8 e-tron version, recently caught on a spy video while undergoing some road tests.

As we can depict from the video released by AutoTopNL from Deutschland, we are dealing here with a test mule which announces the production series of the Audi R8 e-tron concept unveiled at the 2016 Frankfurt Motor Show.

However, the production model is likely to come with a different styling, shaped by the car`s new air intakes, low stance and other bits that would differentiate it, as expected, from the concept.

The details list is rather limited at the moment, especially in the engine department, but rumors have it that the upcoming 2017 Audi R8 e-tron might come with improved power and mile range than the concept.

As we remember, the 2017 R8 e-tron concept came out with extremely powerful four electric motors, generating 230 kW and 450 Nm of torque, enabling a sprint from 0 to 100 km/h in a good 4.8 seconds. The electric powertrain was also backed by a massive 470kg 42.4 kWh lithium ion-battery, providing a range of an impressive 248 km.

Until other useful news, just have a look at the spy video with the all-new 2017 Audi R8 e-tron and tell us what you thinkf about it! Would it be totally different than the concept, both visually and powerfuly?