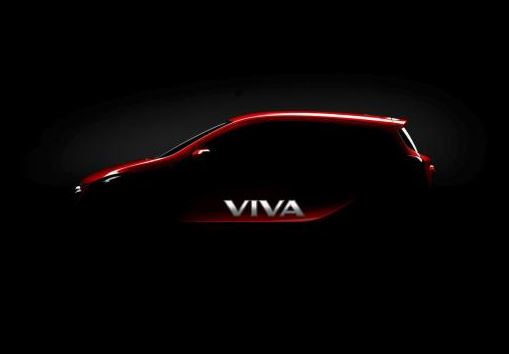 The Vauxhall British based carmaker, the subdivision of the Opel carmaker, has launched on the web the first teaser image with the upcoming Viva five-door model.

The Vauxhall Viva was announced to debut next year, at the 2015 Geneva Motor Show event, but the company couldn’t wait so long and released the first teaser.

The Vauxhall Viva will fil the gap between the Adam and the Corsa models, coming as well with a personal touch, available at just 7,000 GBP in the UK, meaning that it would closely compete against the Hyundai i10 and Dacia Sandero, the best-selling car so far in Europe.

The Vauxhall Viva will be sporting a pleasant and simplistic look, offering space for five passengers, the model also paying a tribute to the first Vauxhall Viva model, built between 1963 and 1979.

Under the roof, the new Viva will use the same engines seen on the Adam model, meaning a choice of three- and four-cylinder units, gasoline as well as diesels.

More than that, the Vauxhall Viva will welcome a new turbocharged 1.0-liter three-cylinder petrol unit, developing a good 115 horsepower and 166 Nm of torque.