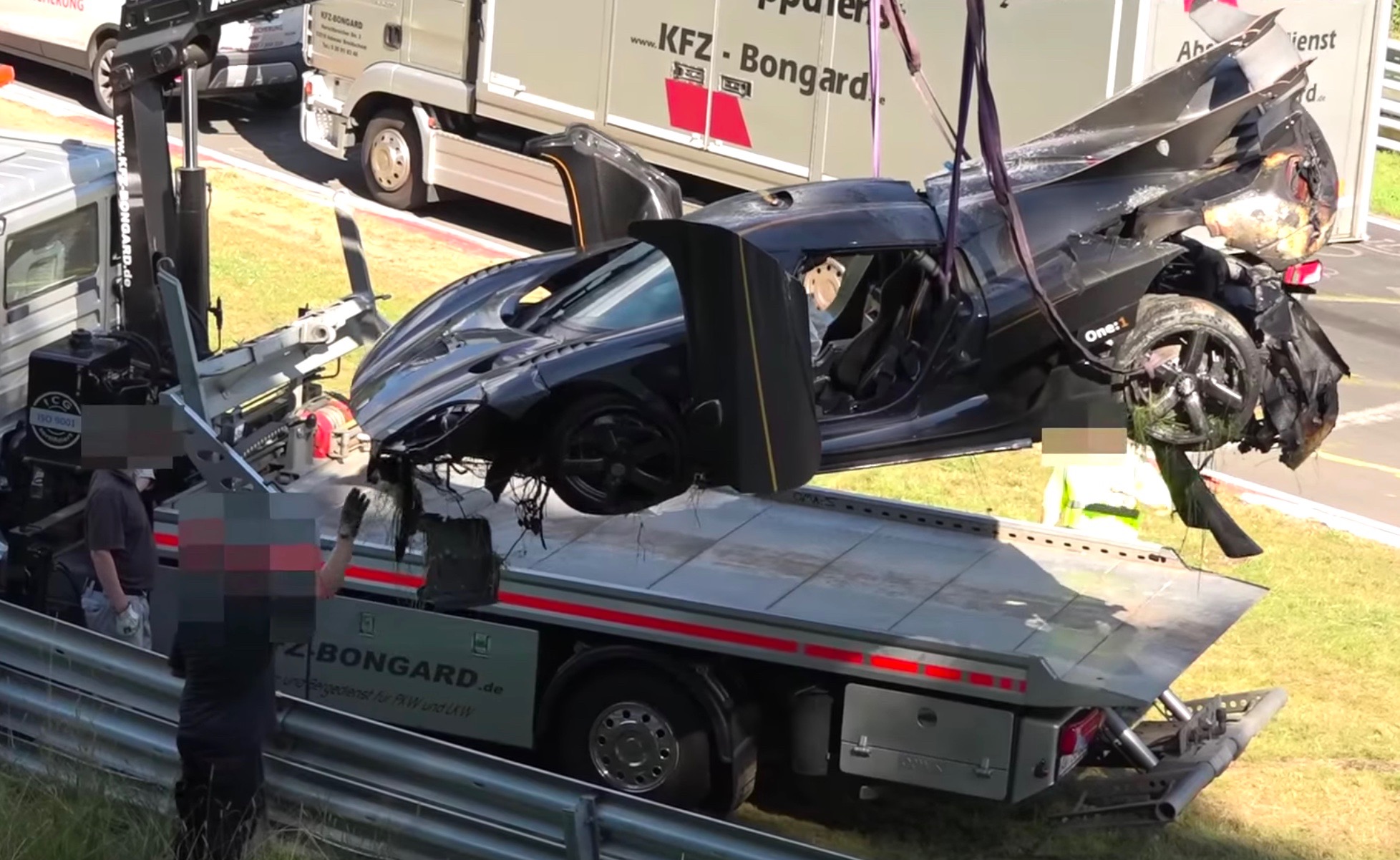 Koenigsegg manufacturer has been trying for some time to break the lap record at the Nurburgring, currently held by no other than its number one opponent, the Porsche 918 Spyder, with the unbeatable record of 6:57.

The Koenigsegg One:1`s latest attempt a couple of days ago to break the lap record resulted in an exciting crash at the Ring, while tackling the Foxhole bend. The hypercar then flipped-over the guard rail and caught fire while ending on the grass near the track.

As we can depict from the video below, also launched on YouTube, the Koenigsegg One:1 is beyond recognition, but fortunately for the driver, there weren’t any significant injuries.

Regarding the whole incident, Koenigsegg has also issued a statement:

“Koenigsegg Automotive AB can confirm reports online that a Koenigsegg One:1 was involved in a crash during testing as part of Industry Pool at the Nurburgring on Monday, 18 July. The driver was taken to hospital as per standard procedures in such situations and was released the same afternoon. Koenigsegg has participated in Industry Pool testing for a week in each of the last two months, working primarily on vehicle setups both for ongoing vehicle development and for an attempt at a Nurburgring lap record at some time in the future. Our primary concern is always driver safety and any testing is structured and conducted accordingly. This incident is confirmation of just how difficult it is to drive at this level on the world’s ultimate proving ground. Obviously we are dismayed with this development but pleased that our safety systems worked as designed to protect our driver.”

As a reminder, Koenigsegg launched the One:1 hypercar at the 2014 Geneva Motor Show, the model being considered one of the most powerful in the world, coming with a 5.0-liter aluminum twin-turbocharged V8 engine, developing a massive 1,341 horsepower and whopping 1,371 Nm-of torque.