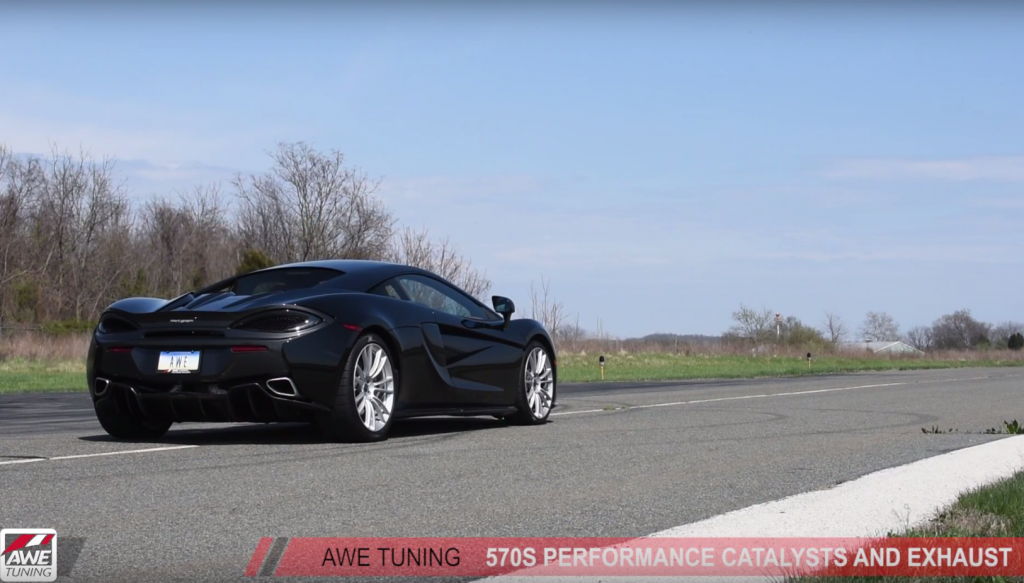 McLaren supercars are perhaps the most hunted-down models by tuning companies all over the world, and that because they come with an easily customized body styling and some additional room for impressive power upgrades under the hood.

It is also the case of this magnificent McLaren 570S recently receiving the visit of AWE Tuning company, which has fitted it with performance catalysts and bespoke exhausts. Their impressive project is also highlighted in the video below.

Some might think that is pretty hard and difficult adding customization to a 12C or 650S but if you really dig a McLaren supercar and you`re pretty good at this, nothing is impossible. And this McLaren 570S seen here with the aforementioned aftermarket bits is an example of a job well-done.

The aftermarket specialists from AWE Tuning have not added any modifications to the supercar`s engine under the hood, meaning no remapped ECU, the entire powertrain coming with just the fitting of a custom exhaust system which would improve the car`s engine wilder noise.

More than that, the new exhaust also raises the power with 17 horsepower and 15 lb-ft of torque, the tuner also adding high-performance catalysts and stainless steel for “a refined exotic tone”.

But perhaps words are useless at this moment, instead sit back and push the play button and enjoy the exquisite engine roar of this gorgeous McLaren 570S by AWE Tuning! Also, don’t forget to leave your opinion on how aggressive the supercar`s engine now sounds with the new bits in place!