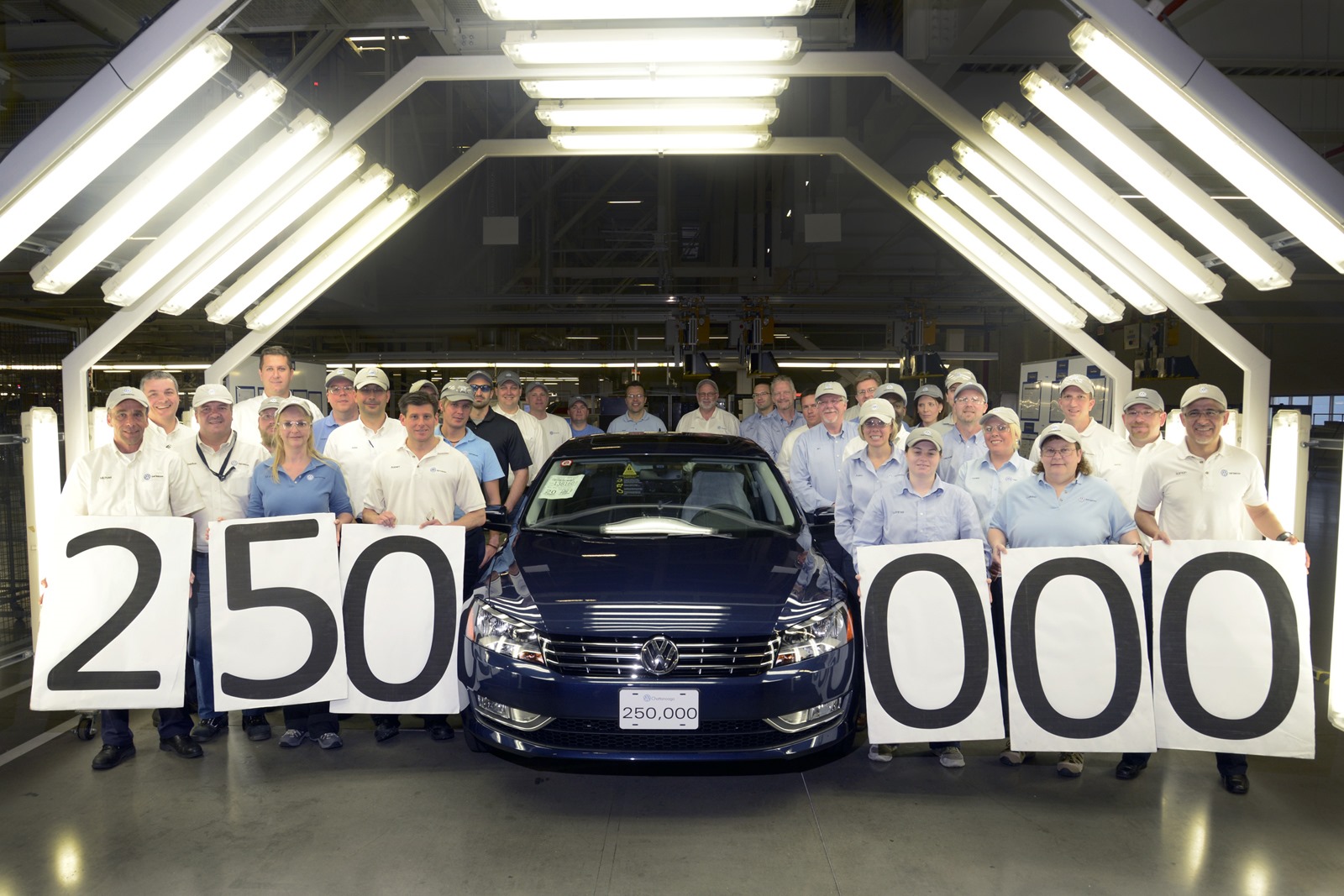 Volkswagen officially announced that they built the 250,000th Passat sedan at the Chattanooga in the United States, the only plant of the company which was opened in 2011. T

The Chattanooga factory focused only on the Passat sedan for the local market but the company’s plans include the introduction of a SUV model soon.

The celebrating model is a diesel version featuring a Night Blue exterior finish, 18-inch alloy wheels and a sunroof.

“Today we celebrate a quarter of a million Volkswagen Passats from Chattanooga. I am very proud of this team,” says the German carmaker.

Even the team at Chattanooga celebrates, demand is starting to slow down, a decrease of 5,1% if we compare March 2013 with the same month of the last year. Even so, the first four months of 2013 came with a 5,6% increase with a total of 25,909 units sold.