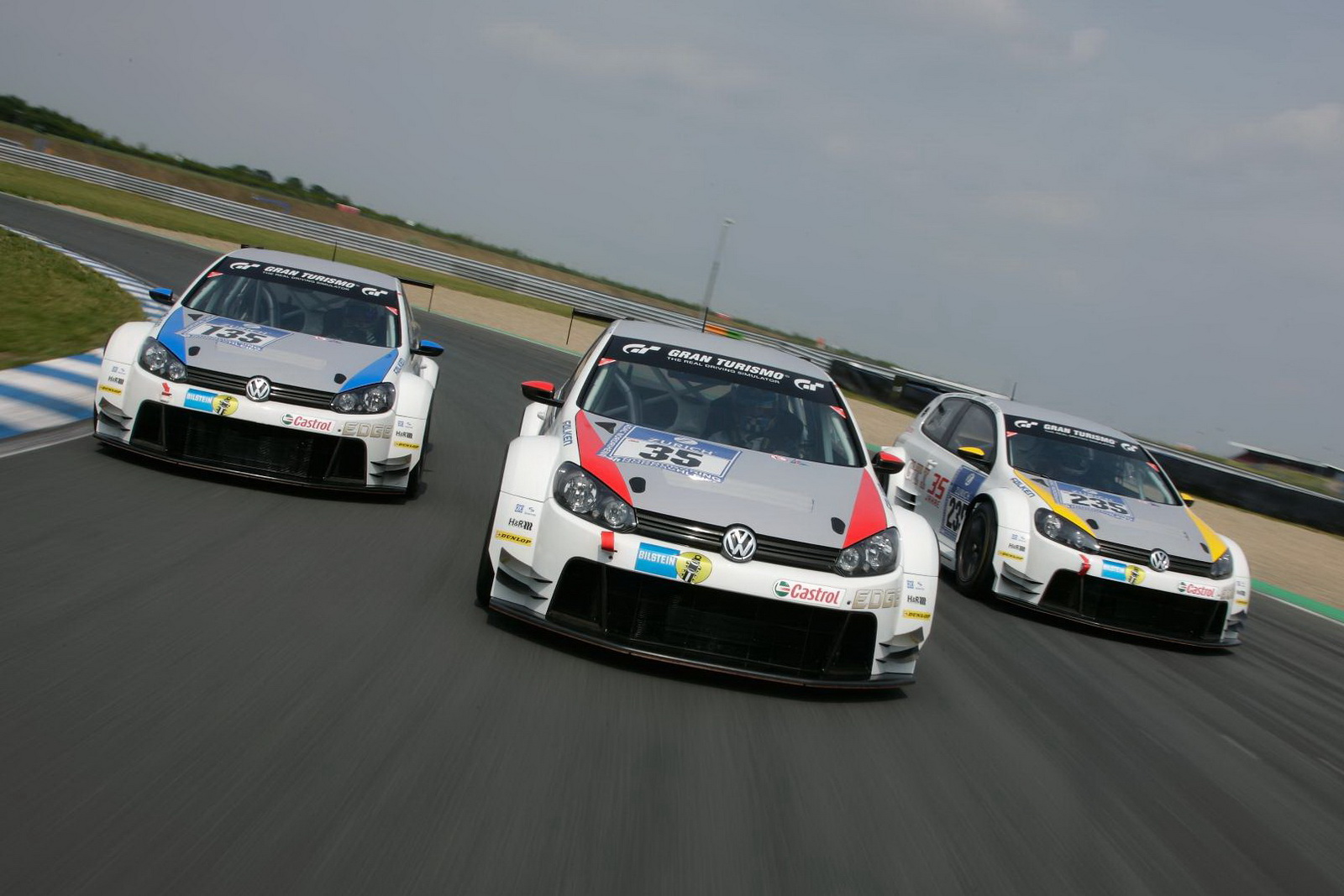 The Nurburgring Nordschleife is a special place. We love to hear about how fast a new car can get round, we are even interested in its taxi and that’s not the end of it.

The pinnacle of our interest in the Nurburgring racetrack is registered at the 24 Hour Endurance race it hosts every summer.

That’s not a secret, knowing how to treat official interest from the customers is a big part of the image every manufacturer has. Particularly in Germany.

With that in mind you can’t talk about German car makers without talking about Volkswagen. Trouble is, VW isn’t the first name that comes to mind when racing is involved.

It is that sort of conception that Volkswagen wants to break free from when talking about their new Golf24 racer.

Taking a rakish looking Volkswagen Golf hatchback and sending it to the motorsport prep companies for a tune-up is pretty obsessive handling of a problem but the results are pretty amazing.

That’s because the new Volkswagen Golf24 is now developing 450 horsepower and nearly 400 pound-feet of torque from its turbocharged five-cylinder engine.

Part of getting all that grunt on the road is handling it through a six speed sequential gearbox and, rather weirdly, a four wheel drive system.

A four wheel drive system isn’t the best way to go for hardcore performance driving but Volkswagen is treating the Golf24 as an advertising platform for the company’s technologies.

Everything on a race car has a purpose, be it speed or commercial success. At this point in life, with a relatively poor shot at winning in their category or anything, the three VW Golf24s are bound to put on a decent show.

After all, the driver choices VW made for the new Golf24 is as impressive as the cars are.

Starting with former F1 stars Johnny Herbert and Mark Blundell and carrying on with the Peter Terting and Patrick Simon, who aren’t as popular but still well regarded in racing communities as they are “Ringmeisters”.

Volkswagen also has big names driving their much more lovable Scirocco racers. The sexier brothers of the Golf are going to be handled round the Nurburgring by three-time Dakar winners Nasser Al-Attiyah, Carlos Sainz and Giniel de Villiers.

Despite the great looks and the great driver lineup, Volkswagen’s Scirocco racers are running on eco-friendly CNG and even so they develop around 330 horsepower.