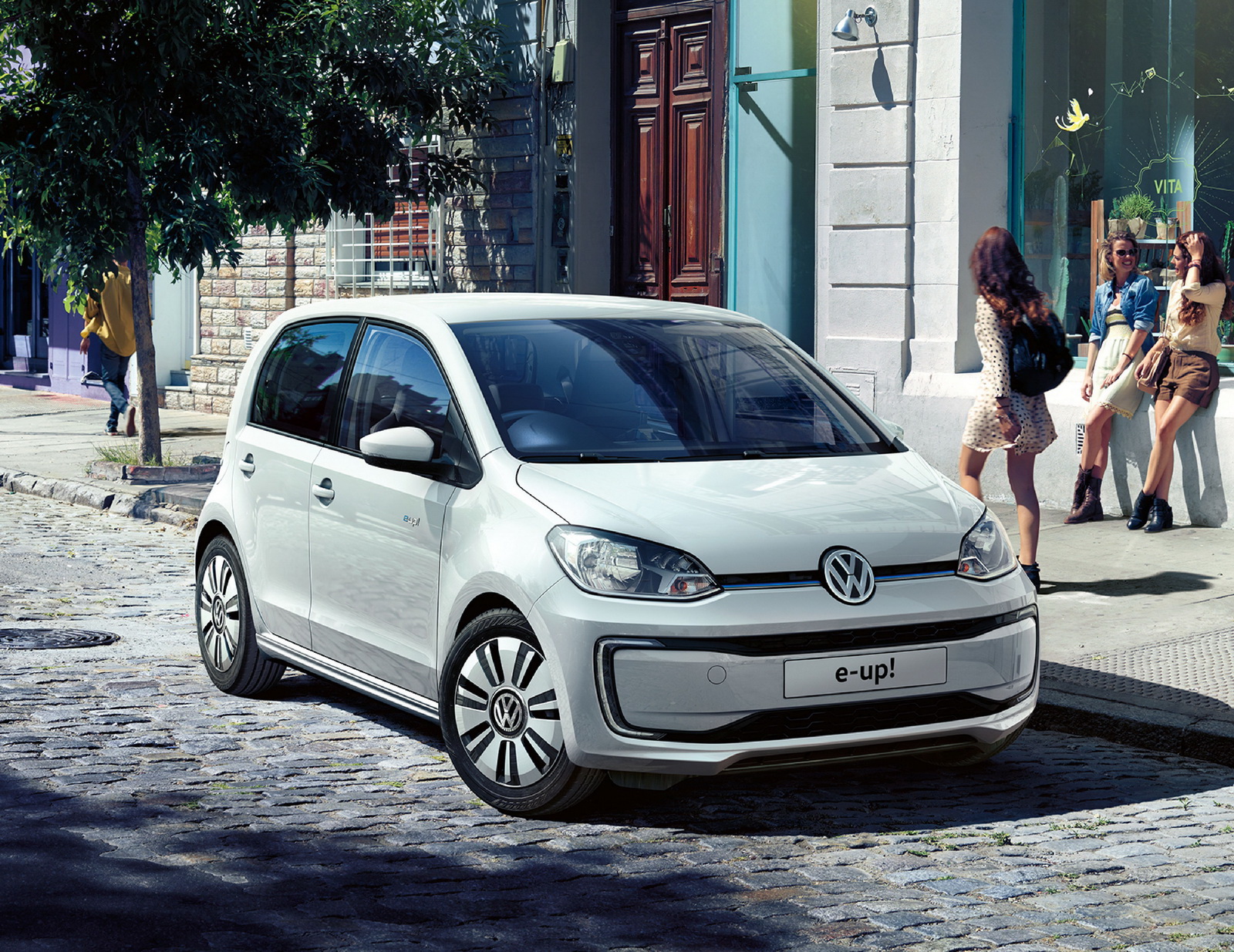 The Volkswagen Up is indeed destined for city purposes and even if it is small enough to fit in a box and fuel-efficient enough to drive down the London streets for hours with one charge, the German carmaker decided that an electric version would be more suitable for daily urban activities.

This is why VW recently announced the availability of the e-Up variant, soon to hit dealerships in the United Kingdom, with prices to begin from £20,780.

For that price you get the same body styling but with redesigned cues, like new front bumper with C-shaped integrated LED running lights, blue strip between the headlights, while the rear bumper looks more angular and featuring a wider and standout diffuser panel.

In the engine department, the Volkswagen e-Up features an electric motor with 81 horsepower and 210 Nm of torque, which is pretty mighty for a e-car city , with the sprint from 0 to 100 km/h being done in 12.4 seconds, at a topping of 130 km/h.

The model also comes with a range of 93 miles, with the possibility of recharging the battery in nine hours from a standard in-house plug, which I admit is pretty much. In case you get tired of the amount of time, you can wait for 30 minutes to have it charged for 80 per cent.

The battery pack is mounted underneath the floor and comes with a capacity of 18.7 kWh, weighing 230 kg, which is quite heavy. With all that, the model remains more lightweight than the conventional sibling, coming with an overall of 1,139 kg. The battery pack also comes with an eight-year or 100,000 km warranty.