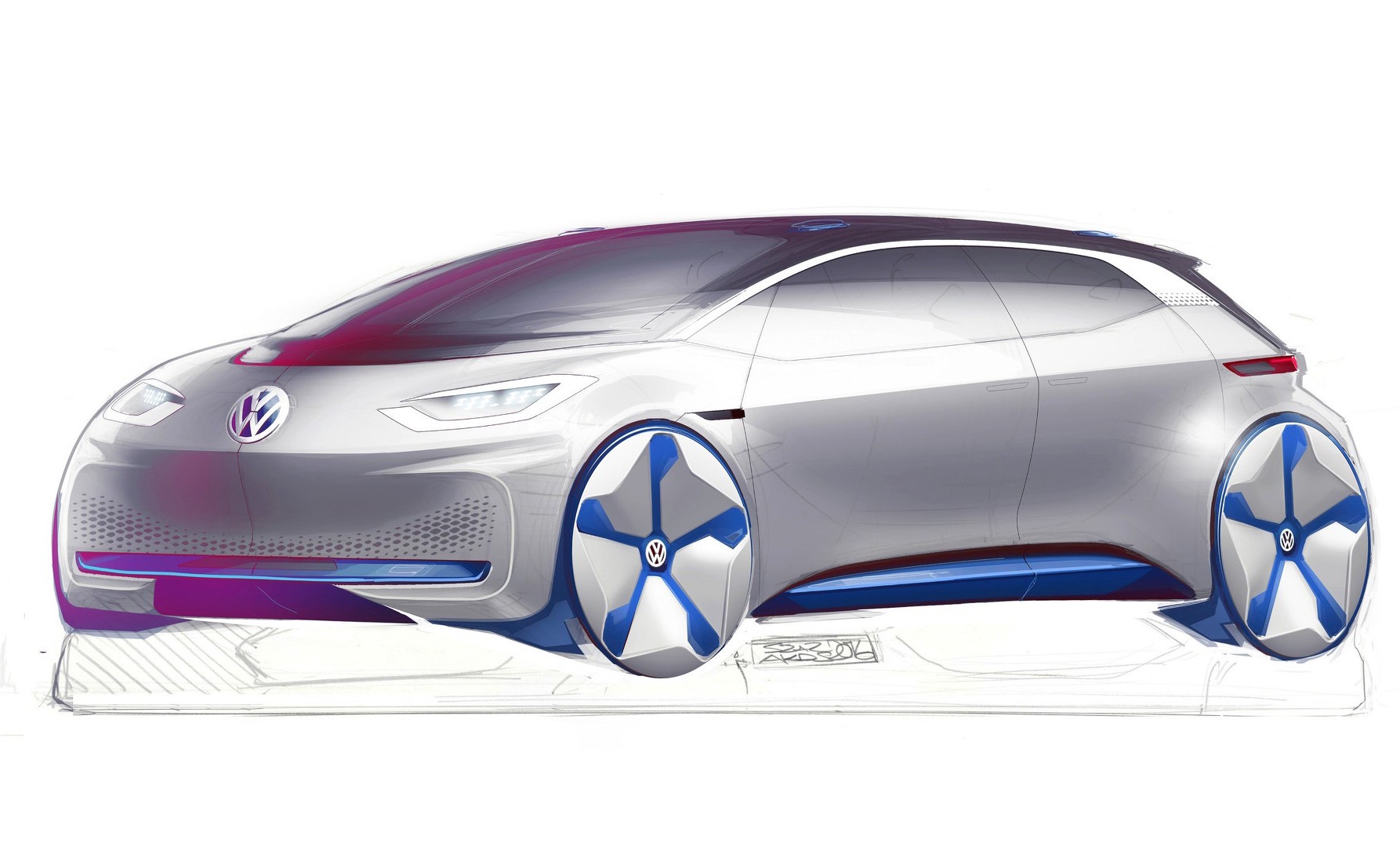 As most of the major players from the auto industry have already done so far, the Volkswagen Group couldn’t wait for the 2016 Paris Motor Show arrival and have also released the first images with its long-anticipated Volkswagen EV Concept, which would spawn a future and high-performance EV production model.

Even if the sketches are quite simple and give away just some ideas on how the production model would look like, we still have gotten our hands on some important details.

As expected with the newly arriving electric models, the Volkswagen EV and future production version will ride on the company`s new MEB (Modularen Elektrik Baukasten) platform, which is a high-performance electric modular, adding as well a strong-enough battery pack to provide a range between 400-600 km.

According to recent reports, with the Group not confirming the news, the electric-vehicles is set to be “as revolutionary as the Beetle was seven decades ago, before it evolved into the world`s best-selling car of the last century.”

Once it will arrive, the new Volkswagen EV model will be around 4.200 mm long, 1,450 mm high and 1,790 mm wide, with a lot of space inside to accommodate all passengers, luggage as well as the huge battery-pack under the floor.

In terms of visuals, the new EV is set to become extremely evolutionary, featuring the latest LED technology and OLED taillights. The details list is rather scarce at the moment, but we expect full info at the 2016 Paris Motor Show which opens its gates on the 29th of September.