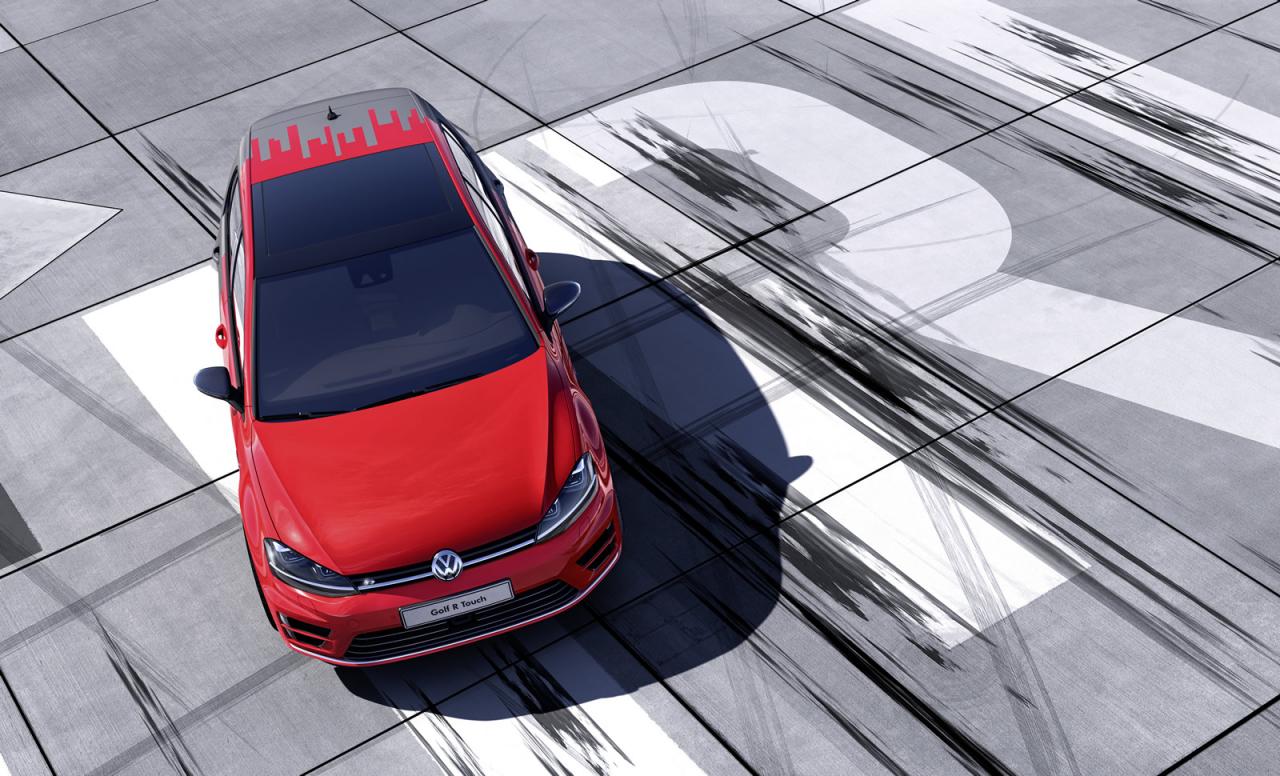 The Germans at Volkswagen unveiled the Golf R Touch concept at this year’s edition of the Consumer Electronics Show, an event which takes places in Las Vegas. The concept focuses on the car’s interior and the array of technologies present there.

To begin with, there’s an evolved infotainment system with a large touchscreen display, namely a 12.8-inch one.

There’s also an 8-inch touch Control Center as well as an Active Info Display. The company also focused on gestures as there’s a special 3D camera in the roof lining. When the driver touches the roof, on the main screen will appear a set of controls for the sunroof and simply moving the hand backwards will open the sunroof.

This is only a simple example of the capabilities and uses for the gesture control unit.

An advanced ambient lighting system capable to reproduce over 16 million color combinations is present as well on the VW Golf R Touch concept. Of course, these features won’t be available immediately on VW models but it is a nice glimpse of how the future cars will look like.