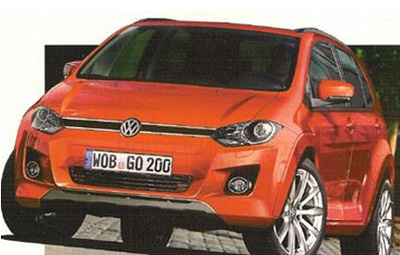 Volkswagen will exploit its partnership with Suzuki by launching a model based on the current SX-4. Named Rocktan, the German model will fight with Nissan Juke and Toyota Urban Cruiser.

Once connected by a close partnership with Suzuki and bought a stake of 19.9% in the Japanese manufacturer, Volkswagen is already considering how to use better the resources. According to unofficial sources, the German leadership wants a new model in the range based on the Suzuki SX-4. It would be baptized Rocktan and would become become the first concrete result of the partnership created between the two sides.

The new member of the Volkswagen range will be a city SUV, positioned between the present CrossPolo and Tiguan. Theoretically, through the release of Rocktan, Germans will try to offer a more individualistic replacement of the old CrossGolf. Moreover, the model will allow the manufacturer from Wolfsburg to beat with the new Japanese models, such as Toyota Urban Cruiser and Nissan Juke, launched last March in Geneva.