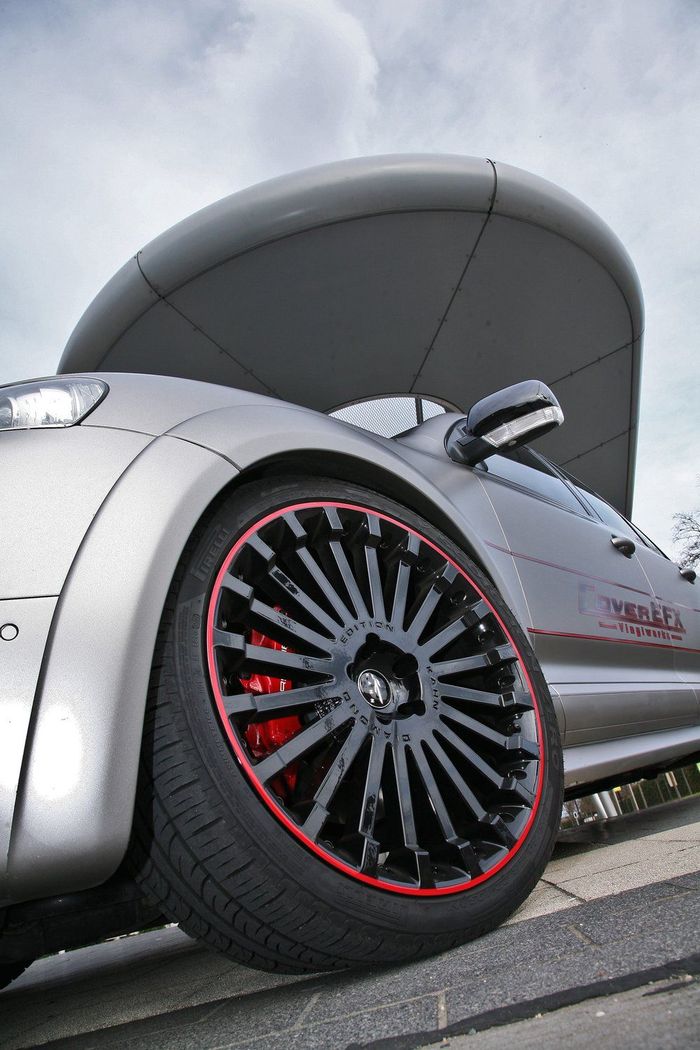 At the exterior, the Cover EFX tuners chose to paint the car in two shades, black and grey, and to emphasize sportsmanship and aggression have added some red lines. Like any respectable tuner, EFX Cover has chosen to equip the German SUV with 22-inch alloy wheels manufactured by Kahn, wearing high performance tires made by Pirelli.

In terms of engine, German tuner has decided to remove the electronic speed limiter, adding sports air filters and the recalibration of the ECU unit. With all these changes, VW Touareg W12 Sport Edition’s engine can produce up to 493 horsepower. German tuner announced that the price for this model is 140,500 euros.