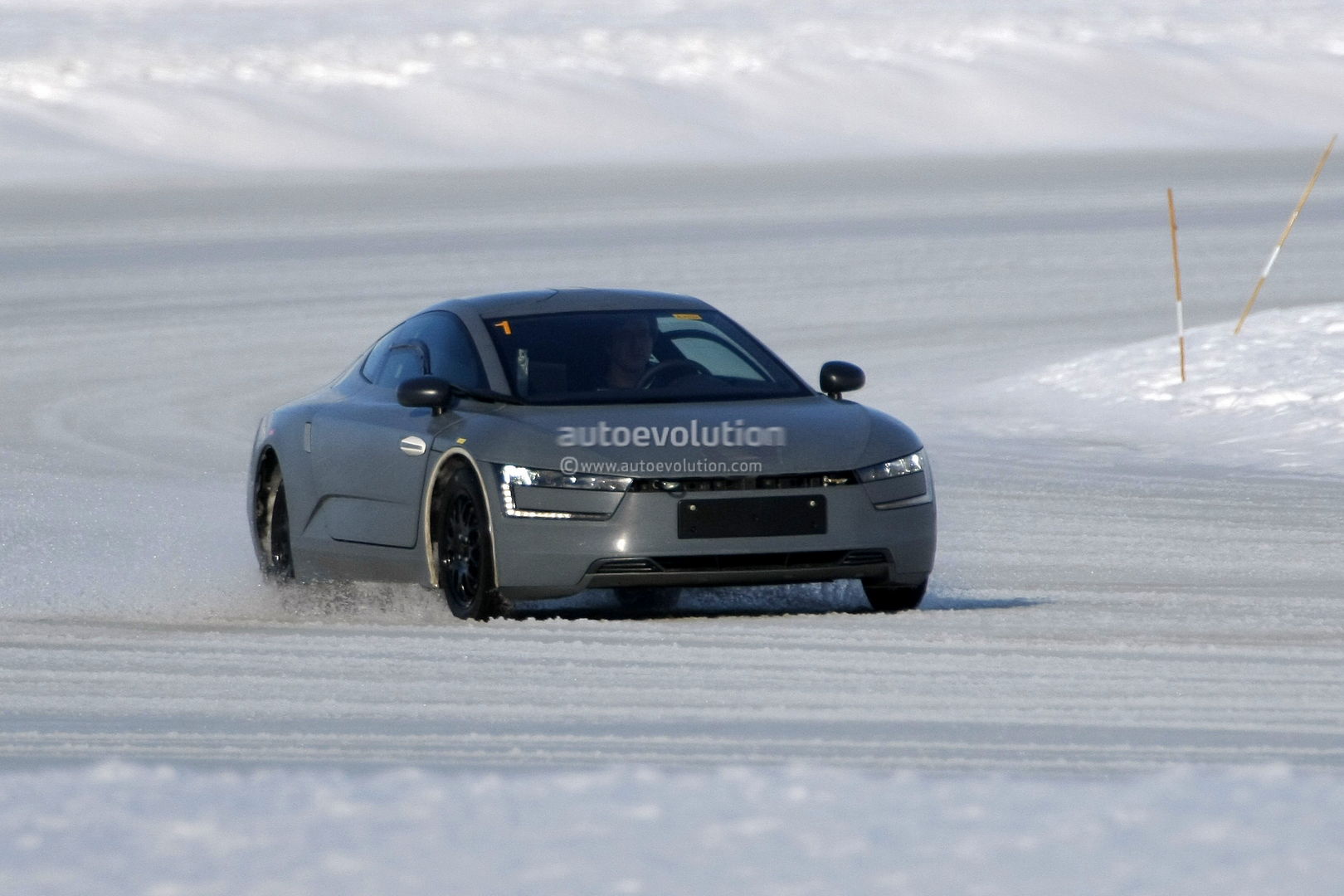 There are plenty of fuel efficient cars to talk about nowadays. They may be hybrids, EVs, range extended vehicles so on and so forth.

That said, few of them can manage the incredible fuel economy levels promised by a production version of the Volkswagen XL1 concept.

A prototype of this car was recently spied while testing in the usual winter background of most such photographs. There’s quite the impressive thing to consider here.

The new Volkswagen XL1 prototype was spotted wearing no camouflage at all. This is quite unusual for spyshots.

That might be the case but since we already know the what the limited production version of the VW XL1 will look like, it’s no longer as surprising as this would normally be.

By the way, the German car maker didn’t tell us anything about the sort of numbers of the XL1 they’ll be making so we suspect the original figure of less than 100 will stand true.

The relatively good looking vehicle will be slow with a 0 to 62 time of 11.9 seconds and a top speed of around 100 mph.

What more could you expect from an 800 cc engine, which produces 47 horsepower and even with its electric motor’s assistance, it only gets another 27 hp to help.

The main point will be the astonishing fuel economy and emissions levels. A total of 261 mpg and just 24g/km of CO2 is what we’re promised.

Considering that no other car on the market or available in the nearby future can even come close, I’d say the VW XL1 is going to be the eco-friendly car to look out for.