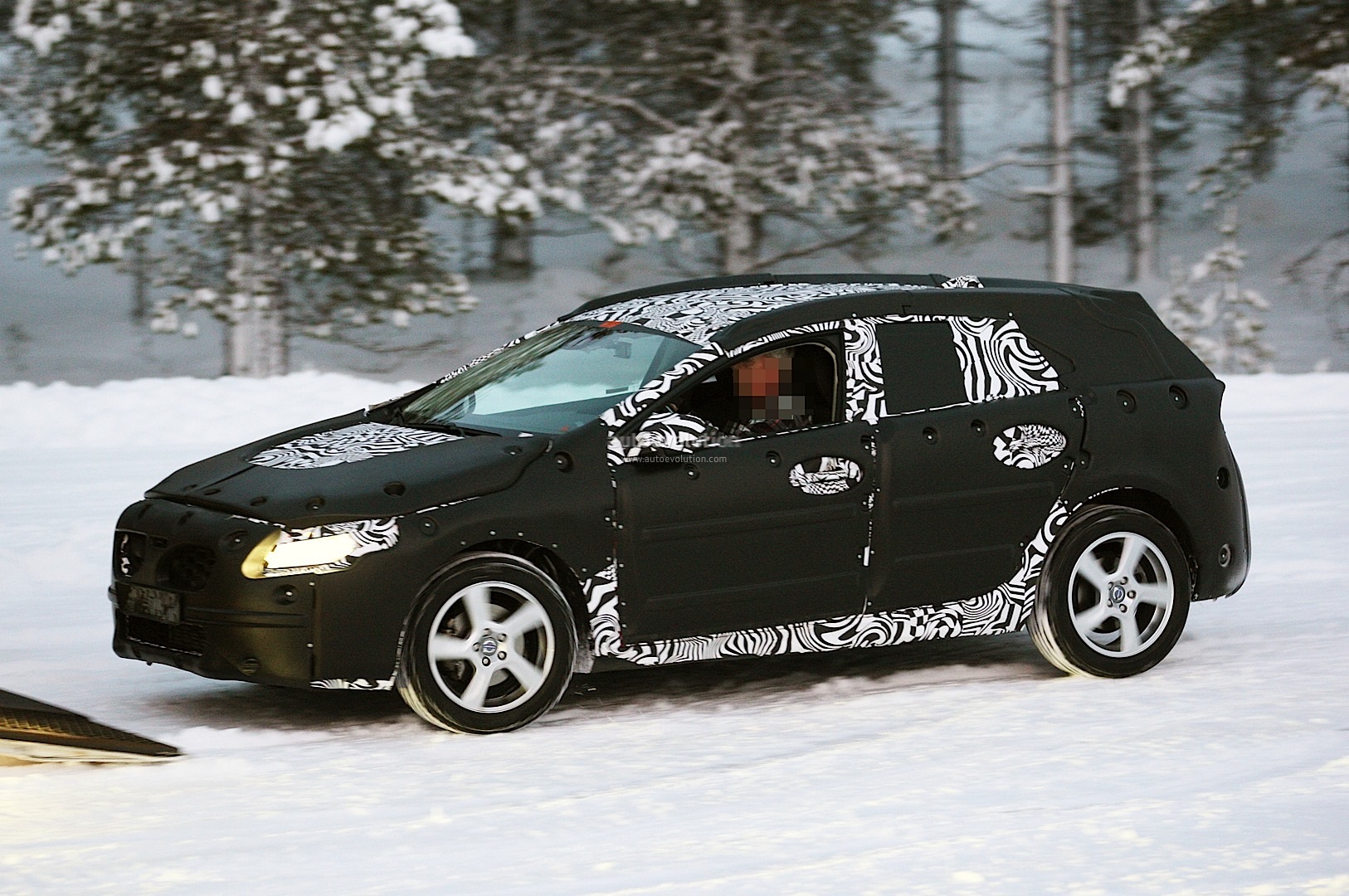 Teasers are small potatoes, even when talking about something as boring as a new Volvo estate. With the V40, you allegedly get a smaller dose of the estate feeling.

That said, the new Volvo V40 hatchback teaser isn’t pleasing enough to compete with these brand new spyshots that were taken out in the snow.

Volvo CEO Stefan Jacoby finally decided to confirm the name of the this new hatchback will wear and therefore the C30, V30 speculation will have died off.

The Swedish company’s leader also announced a few details about what the V40 will bring to Volvo’s future.

It seems like the new car we (almost) see here, will not be widening Volvo’s involvement with the C30 and the “proper” hatchback lineup out there.

Weirdly enough, the Swedish aren’t aiming for any estate take on the hatchback market either, despite what the looks and proportions may suggest.

The target Volvo set the V40’s sights for is a much more modern and accurately niched market, that of the Audi A3 Sportback and even the BMW X1 in a Cross Country version.

Under the skin, we find that the Volvo V40 will be the first car to ever be offered with the Swedish firm’s new modular Volvo Environmental Architecture.

In terms of engine department launches, the new hatchback will feature a rather usual engine lineup, turbocharged four pots everywhere, with some markets getting both petrol and diesel options.

This new Volvo V40 will make a debut for the public in March 2012, during the Geneva Motor Show.