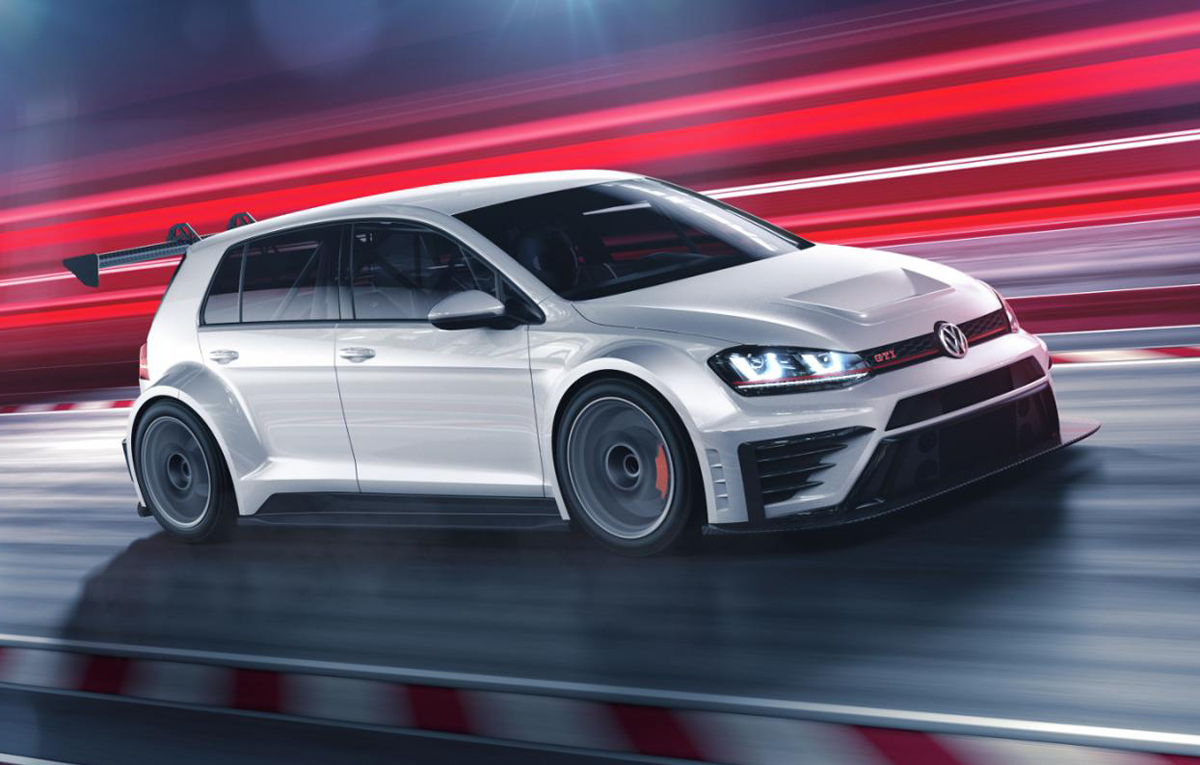 You won’t see it on the street, because it’s meant only to race. It looks spectacular, but it’s slower than the fastest street version. How is it possible? Simply because it has to meet the FIA regulations. Though it’s equipped with the same four-cylinder, 2-liter Turbo engine known from the production models and it develops 330 hp and 410 Nm, it accelerates from 0 to 100 km/h in 5.2 seconds and reaches a top speed of 230 km/h. For comparison, its less-spectacular brother, the R 2.0 hits 100 km/h in 5.1 seconds and stops accelerating at 250 km/h, though it only produces 300 hp and 380 Nm. Both of them are equipped with a six-speed DSG gearbox, the difference being that the TCR is a front-wheel drive car, while the R is a four-wheel drive. Suddenly, its 0-100 km/h sprint time looks amazing!

Other changes include a front splitter, a 15-inch wide body kit, 18-inch rims with Michelin tyres and a rear adjustable carbon-fiber wing. It lost about 330 kg compared to the street version, weighing 1280 kg including its driver. The brakes include aluminium calipers and all-round ventilated discs, with diameters of 362 mm in front and 310 mm at the rear axle. All the cars have been sold to the teams competing in 2016 TCR series and can be seen in action at this year’s races, along Seat Leon Cup Racer, Opel Astra TCR and Honda Civic TCR.