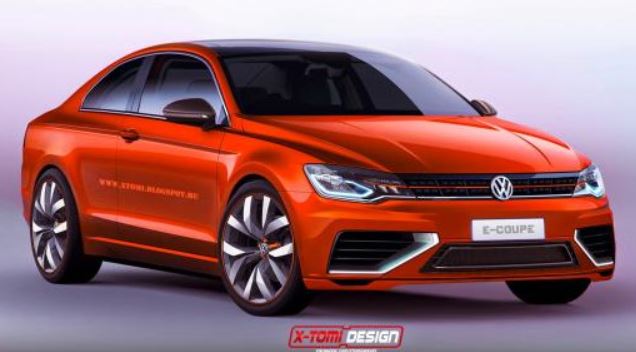 The Volkswagen NMC (New Midsize Coupe) has just been rendered online in a two-body style, which is a clear indication that the vehicle will be coming soon.

The Volkswagen German based automaker has big plans regarding the future of the NMC, and that would be launching the vehicle in a two-body style. This is the reason why the car was rendered several times in pictures.

The rumors of an upcoming VW NMC two-door body may be also confirmed by artist X-Tomi who created the picture with the NMC, which might show us how it will look.

But it is unlikely that such a rendering would ever hit the production line, as it is just a general idea on how the NMC would look like.

The VW NMC two-door body style is aimed at rivals like the Mercedes-Benz CLA, riding on the Group`s already famous MQB platform, the same one to be used on the new Golf or on the fresh A3.

The VW NMC two-door will be powered by a TSI 2.0-liter four-cylinder unit, developing 220 horsepower, allowing it to accelerate from 0 to 100 km/h in around 6.5 seconds, having a top speed of 244 km/h.