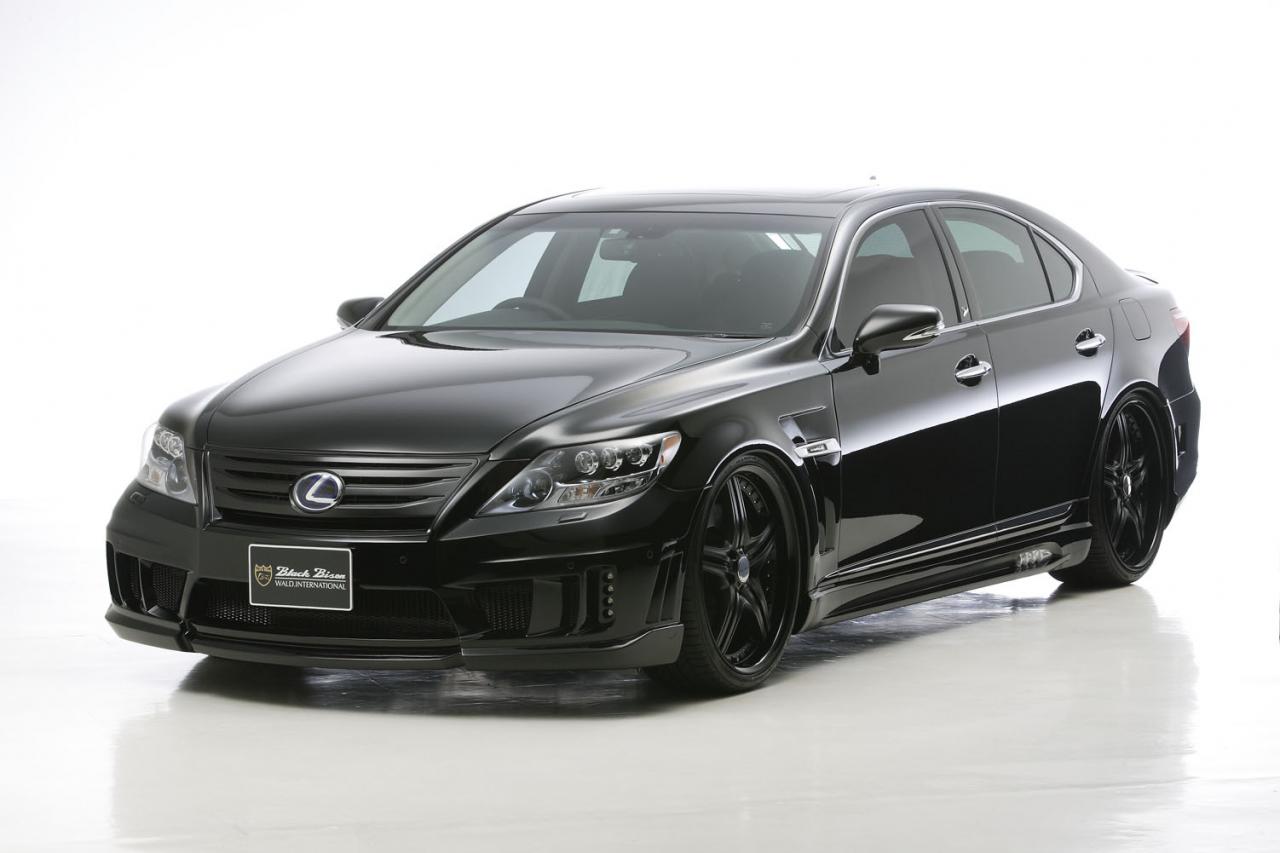 Black is a paint finish that goes well on most cars. In the vision of the Japanese luxury tuner Wald International the black paint finish is godly.

After setting it all over the Bentley Continental and the Rolls Royce Phantom, they decided to do it to the Lexus LS600h and call it the same.

I don’t mean call the Lexus a Bentley or a Roller but the tuning package is also called the Black Bison.

Apparently the Japanese didn’t really want to tune up the Lexus LS600h but they did so because of high demand for it ever since they did the smaller brother a similar package.

Apart from the new paint, the Black Bison Lexus also gets a new set of 22 or 24 inch Mahor multi-piece wheels that are finished black (obviously) and a few other tweaks for the body kit.

There’s a new front bumper, one with more LEDs than my Christmas tree, new sideskirts and a new rear bumper that comes with its own diffuser.

The Lexus LS600h is a bit sedate in looks but when Wald got hold of it they added a blacked out grille, a decklid spoiler, roof spoiler and a stacked exhaust system like you might find on the Lexus ISF.

All in all, the Lexus LS600h has become a serious car for the Yakuza since these guys tuned it up.