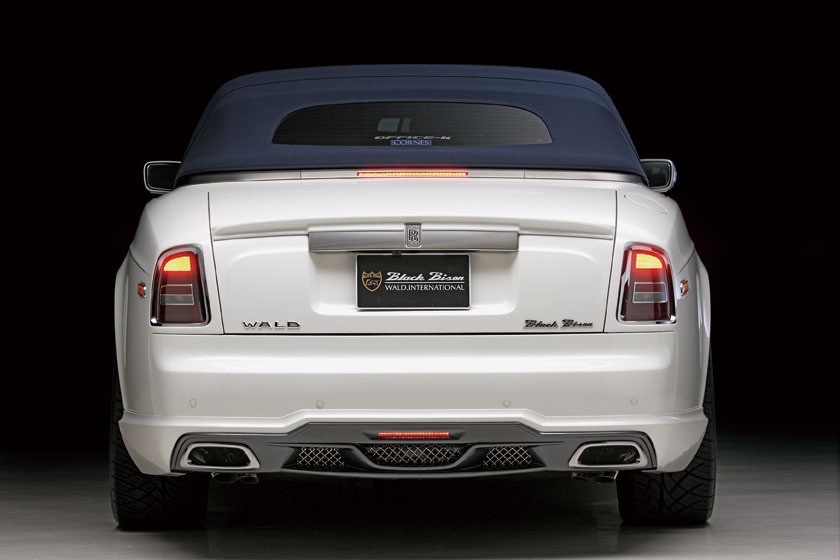 Wald International unveils yet another “Black Bison Edition” tuning package, this time for a more luxurious model such as the Rolls Royce Phantom Drophead Coupe. The British model receives a series of aesthetic improvements such as a new front bumper with vents and a set of LED daytime running lights.

A boot lid spoiler, new mirror caps, a rear apron and a new set of alloy wheels complete the exterior set of tweaks. According to Wald International, all the new parts are made of lightweight carbon fiber which won’t add too much to the vehicle’s total mass. This is an important aspect as the British model is known for its increased weight comparing to other models.

As usual, the Japanese people from Wald International revealed no photos from the interior of the model, therefore, we assume that they brought no modifications inside since we got no word on this from the company.

There are few technical improvements too, the luxury model receiving a sports suspension able to lower the ground clearance at driver’s discretion.